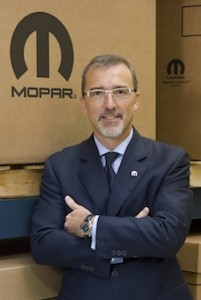 Fiat Chrysler Automobiles (FCA) has started work on a new Mopar parts distribution centre (PDC) in Winchester, Virginia. The facility is scheduled to open in the fourth quarter of 2016 and will be Mopar’s 22nd North American PDC.

FCA is investing $12.2m in equipment for the Virginia facility. The 37,000 sq.m centre will handle more than 50,000 part numbers, which will be distributed to more than 200 FCA US dealerships. These will primarily be in the mid-Atlantic region, but also include some dealerships on the East Coast, the Midwest and the South. Initial estimates suggest that the facility will ship around 9.2m parts annually.

Pietro Gorlier, head of parts and service, Moper, FCA, global said, “The opening of the Virginia PDC will significantly increase our dealer network strength in this important and growing market, improving customer service by delivering faster and more efficiently, parts and accessories to dealerships.”

The Virginia PDC will be FCA’s first in the US since 2001. The last PDC opened by Mopar was back in February 2015 in Toluca, Mexico, to serve the local market. The brand currently has a network of 53 PDCs (including joint ventures) worldwide.

Fiat and Chrysler integrated their parts and aftermarket services under the Mopar brand, which was originally a Chrysler service, in 2012.