Ford begins Mustang exports from US to Europe 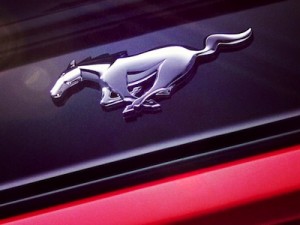 Following the start of global Mustang exports from the US this year, which began in January to China, Ford has now started exports of the model to Europe.

As with the initial China exports, volume numbers have begun modestly, with 575 units shipped from the Flat Rock assembly plant in Michigan via the port of Baltimore on the US East Coast to the port of Zeebrugge in Belgium. A spokesperson for Ford said that more regular shipments will begin on Monday June 22nd .

The first consignment left Baltimore on June 10th and are due to arrive in Zeebrugge on June 23rd.

It is the first time the vehicle has been sold in Europe in its 50-year history and customers there have already ordered nearly 5,000 new models, according to the carmaker.

Baltimore is one of eight ports from which the vehicles will be shipped. The other US ports of export are Jacksonville, Palm Beach, Port Everglades and Newark, on the East Coast; and Hueneme, Portland and San Diego on the West Coast.

Ford is planning to export the Mustang to more than 100 markets around the world, with the addition of a right-hand drive version for countries including Australia, South Africa and the UK.

New products driving growth
The introduction of the Mustang will help Ford with its sales recovery in the region. The carmaker has reported sales of 99,900 in Europe (excluding Russia and Turkey) for May and 541,900 vehicles in the first five months of the year, equal to a year-over-year increase of 1.5% and 9.3%, respectively. Ford said in a statement that it remained the second best-selling brand in Europe for both passenger car and total vehicle sales for both periods.

The top five markets in Europe for the month of May were the UK, Germany, Turkey, Italy and France.

“New products are driving our sales growth in 2015 and we expect to continue building momentum as the year goes on and we launch even more new models,” said Roelant de Waard, vice president, marketing, sales and service, Ford of Europe. “Our new Mondeo and new Transit commercial vehicle line-up are helping us to reach new customers. Now we are shipping the all-new S-MAX, new C-MAX, Mondeo Vignale and Mustang to dealers.”

The S-MAX, C-MAX and Mondeo Vignale are all being made at Ford's plant in Valencia following a major investment and overhaul at the Spanish plant, more of which you can read about here.