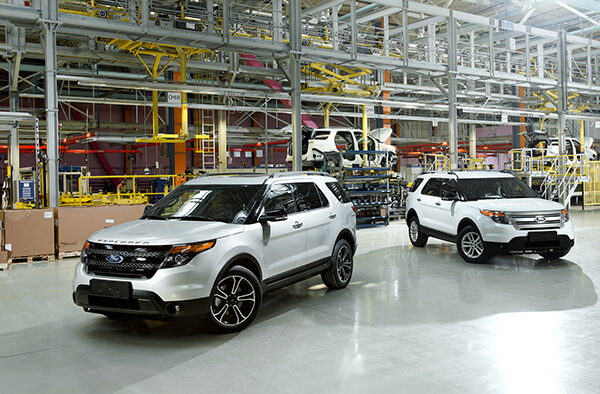 Ford may close some or all of the plants it operates in Russia with local carmaker Sollers, according to the Russian government.

The statement follows a recent announcement by the carmaker that it would be “addressing underperforming markets” and reducing structural costs in Europe as it aimed to improve profitability and competitive performance there. That includes a review of its joint venture with Sollers, on which a decision is expected in the second quarter of this year.

The carmaker has been seen its sales gradually recovering in Russia over the past few years. In 2018, overall sales were up by 18% compared to the previous year, reaching 50,360 finished vehicles – a comparatively good performance, given that the Russian vehicle market grew by around 12% last year compared to 2017.

However, Ford has complained about extremely low capacity utilisation across the three assembly plants, which was down to just 15%. The plants were originally designed to produce 360,000 vehicles year between them. The Vsevolgsk plant, for example, could manufacture 160,000 vehicles a year but assembled only 20,000 in 2018, according to Ford. The picture looks especially bad for the Naberezhnye Chelny plant, which last year released only 7,000 finished vehicles, compared with a production capacity of close to 115,000 units.

Inevitable adjustmentFord Sollers may not leave Russia completely, but is likely to close one or two of its plants there to get out of what is a local car dealer described as a “loss-making pit”, according to Russian newspaper Vedomosti.

Ford Sollers has never made its financial performance in Russia public and declined to provide any further information, after the announcement about its production review in the country.

A spokesperson for the joint venture told Vedomosti that there had been no final decisions yet on the future of the plants or the product range, suggesting that there were still several options on the table and that a final decision was expected in the second quarter of this year.

Local trade unions are understood to have an agreement with Ford Sollers that there will be no job cuts until at least spring this year. It is unclear what might happen after that, but the unions have suggested Ford plans to stop production of the EcoSport and Fiesta in Russia as a first step.