Ford to use Vigo for imported Rangers 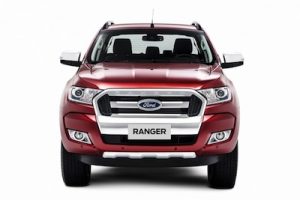 Ford has chosen the Spanish north-western port of Vigo from which to distribute its Ford Ranger pickup in southern Europe. The Ranger, which is built in South Africa, is the European best seller in its segment.

The first consignment, consisting of 280 units, was dispatched from Port Elizabeth in South Africa and arrived at the specialist automotive terminal at Bouzas Quay in Vigo in late September, with vessels slated to call on a 20-day rotation. NYK is the designated carrier and Combalia the local maritime agency overseeing the process. Beyond Vigo, vessels will continue northwards to both Antwerp and Rotterdam.

According to Combalia, an average consignment of Rangers is expected to amount to around 300 units. Of these, 17% will be shipped out of the port by road to Spanish distributors. The rest will be moved out of the port by sea, using vessels rostered by UECC, and sent to Livorno (Italy), Piraeus (Greece) and Autoport, at the Turkish town of Yeniköy.

The arrival of the Ranger at Vigo is significant, since it will enable the port to continue broadening the range of models it handles for an increasingly longer list of automotive manufacturers. The hope is that even more producers will now use Vigo as a trans-shipment hub, given its growing capacity and number of lines using it.

Currently, Vigo handles significantly more exports than imports, mostly down to the presence of the PSA Group manufacturing plant at nearby Balaídos, which means the port sees a variety of Peugeot and Citroën finished vehicles. Other manufacturers do use the port but for much smaller numbers. Mercedes-Benz, for example, uses the same NYK service that transports the Ford Rangers. Toyota also has a small but significant presence.

Although Bouzas is unlikely to see a balance between imports and exports, at least in the short term, it is nevertheless hoped that the gap can be narrowed.