Ford’s Hans-Bert Bong to step down this week 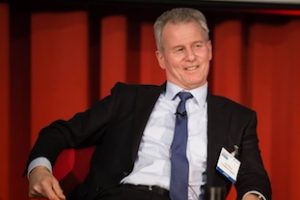 After more than 26 years with Ford, Dr Hans-Bert Bong (pictured), manager of material flow and supply chain management at Ford of Europe, has announced he is leaving the carmaker this Friday (April 29th).

A replacement is expected to be announced in the coming days.

Bong has spent nearly 20 years in various material planning and logistics functions at Ford. He plans to offer his experience and knowledge to the wider industry as an independent business consultant from mid-May.

Bong has a PhD in mechanical engineering and before joining Ford in 1990, he worked at the Technical University Aachen for five years.

During his time at Ford, he has held positions in product development, manufacturing and quality management. In 2001 he took over responsibility for Ford of Europe’s vehicle distribution, a post he held for more than a decade. In 2012 he became manager, material flow and supply chain management in Europe, in which he oversaw Ford's inbound and plant logistics in Europe.

During his time in outbound logistics, Bong was instrumental in helping to engineer a Ford distribution system that is notable for its extensive use of multimodal transport, in which around 60% of Ford's vehicle logistics freight spend went to short-sea and river-barge shipping and rail transport. Bong has also overseen many changes within Ford’s vehicle logistics strategy, including its response to the European Commission objectives for expanding short-sea shipping in the so-called ‘motorways of the sea’ directive.

Since taking over inbound logistics, Bong has been part of a major overhaul in Ford's European production network, including a significant expansion of output and parts handling at the carmaker's plant in Valencia, Spain. Meanwhile, the carmaker has closed factories in Belgium and in the UK.

“Big data is not being used in the way we could. A car produces up to 25Gb of data per hour driving. Imagine 1m cars on the road – that would create 25 terabytes of data, or as much as Google. There is a potential to do something with this,” he said.

While no successor has yet been announced for Bong, when asked at Automotive Logistics Europe (prophetically, it seems) what skills his successor should have, Bong said, “Logistics is a science. They would need high analytical skills and to be able to analyse what’s going on and where there are opportunities. They should be able to figure out what else can we do even if we thought we had exhausted ideas.”