Garza to replace Hernandez as head of GM Mexico

Ernesto Hernandez, president and managing director of GM de Mexico (pictured), is retiring at the end of August after almost 40 years with General Motors. 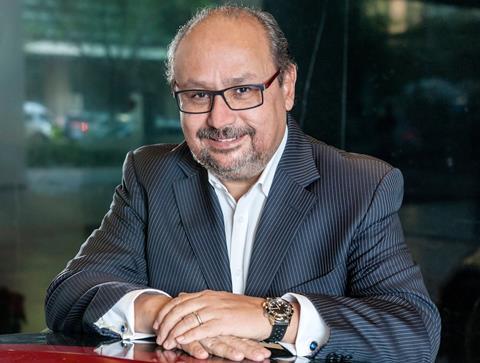 Ernesto Hernandez will leave GM at the end of August

Francisco Garza, vice-president, vehicle sales, service and marketing at GM de Mexico, will succeed him to lead the company’s operations in Mexico, Central America and the Caribbean from September 1. Hernandez is to remain as an advisor and assist in a smooth leadership transition, the US carmaker said.

“Under Ernesto’s leadership, GM started a profound transformation in Mexico, a change that is now consolidating our position as the most important and admired automotive company in the country,” said Barry Engle, executive vice-president and president, the Americas at GM. “We greatly appreciate Ernesto’s legacy and what he has contributed to GM over his stellar career, and almost 40 years of service.”

He started working for the OEM in 1980 and held numerous positions of growing responsibility in product engineering, manufacturing, planning, programme management, vehicle sales, and marketing and aftersales in Mexico and the US. He was appointed president and managing director of GM de Mexico in 2011, becoming the first Mexican national to hold the position.

His successor, Garza, joined GM de Mexico in August of that year as vice-president, vehicle sales, service and marketing, assuming responsibility for development and implementation of go-to-market strategies for the Chevrolet, Buick, GMC and Cadillac brands and managing and maintaining close relationships with dealers in Mexico, Central America and the Caribbean.

Juan Carlos Garcia, chief financial officer at GM de Mexico, will replace Garza. He began his career with the business in 2005, having previously working in a dealership.

Engle said of the new appointees: “As our company focuses on streamlining global operations, I see Francisco and Juan Carlos as the perfect leaders to continue our transformation in Mexico.”