Gaz feels the sting of US sanctions 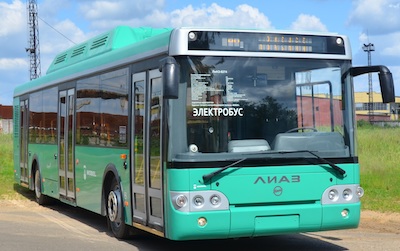 Russian OEM Gaz Group is facing supply chain disruption due to several European component suppliers ceasing trade with the company following US sanctions on companies owned or controlled by Oleg Deripaska. According to Russian news source Vedomosti, one of the effects is the supply of electric buses to Moscow as part of a 6.35 billion ruble ($100m) contract the OEM signed with the city authorities earlier this year. Gaz is now urgently looking for replacement components suppliers.

Technically the sanctions imposed by the US Treasury Department against Deripaska’s businesses prohibit trade with Gaz only for US businesses. However, any non-US company doing business with the carmaker could find themselves subject to secondary sanctions.

Failing to deliver the buses on time could see Gaz face a fine of 200m rubles, according to the terms of the contract. However, earlier this year Russia’s industry and trade minister Denis Manturov promised to allocate fully-fledged support to the companies affected by the US sanctions and it is unlikely that Gaz will actually have to pay the penalty.

PAO Gaz did not mention the US sanctions in its public report for the quarter or what risk they posed for its business. The company was not available for comment on the issue and has not disclosed figures on its export operations since the sanctions were introduced.

Several of Russia’s news outlets have reported the carmaker might be experiencing problems with making transactions in US dollars, and that may eventually hurt its export programme. In 2017 Gaz set a target to boost its share of export sales from less than 20% in 2017 to nearly 50% over the coming decade.

Despite these challenges the company has recently confirmed its plans to launch an assembly plant for light commercial vehicle production in Azerbaijan in a joint venture with the local carmaker Azermash. Gaz plans to make the plant operational by the end of 2019.