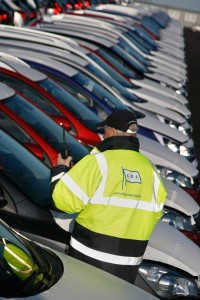 Volkswagen has signed a contract with UK finished vehicle logistics provider GBA Group that will see it managing the carmaker’s new processing centre in Sheerness.

The new purpose-built centre, which is currently being developed, will provide services for VW’s rental fleet and company cars. It aims to process around 60,000 vehicles per year and is set to go online in early 2014. Pre-delivery inspections, technical services, bodyshop and enhancement services, as well as valet operations, will be some of the services available at the new facility.

GBA currently serves the VW group’s southern import and distribution centre near the UK port of Sheerness, on the Isle of Sheppey in Kent. In addition to this, the company also operates three vehicle import facilities for VW across the UK, located in Sheerness, Grimsby and Tyne. They have worked in conjunction with the OEM for almost 20 years and in 2012 announced the completion of the 5 millionth vehicle processed through the facilities.

Sam Judah, managing director of the GBA group, spoke of the “enviable reputation” accrued by the distributor and said he looked forward to a continuation of the two companies’ business relations.

The new terminal is expected to create jobs ranging from senior management roles to skilled and semi-skilled technicians and bodyshop staff, as well as valet and compound operatives, and administration staff.