A five-part feature assays the recent fortunes of Groupe PSA – and the effects on its logistics functions – under the leadership of Carlos Tavares and senior vice-president of supply chain, Francesca Gamboni. 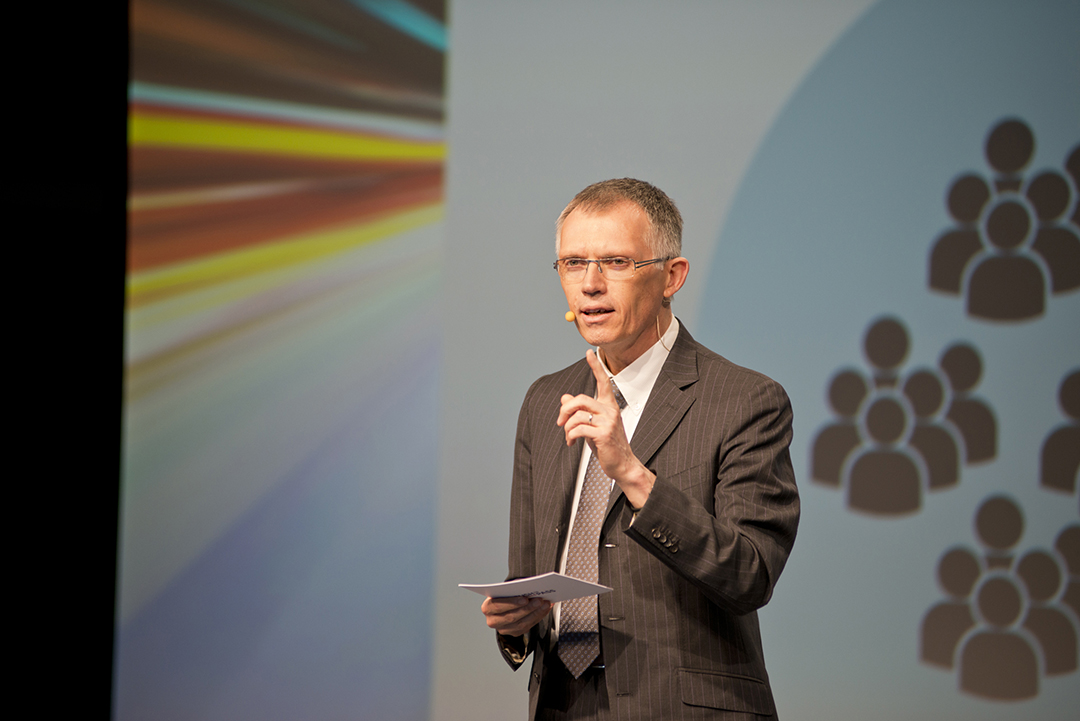 Even before it confirmed that it would acquire Opel/Vauxhall from General Motors, Groupe PSA had surprised many industry observers with the speed of its recovery. Just three years ago, bleeding cash and struggling to survive a prolonged depression in European sales, the French government and China’s Dongfeng Motors each took a 14% stake in PSA to save it from bankruptcy. With plant utilisation low, the carmaker also closed a factory in Aulnay, near Paris, in 2014. 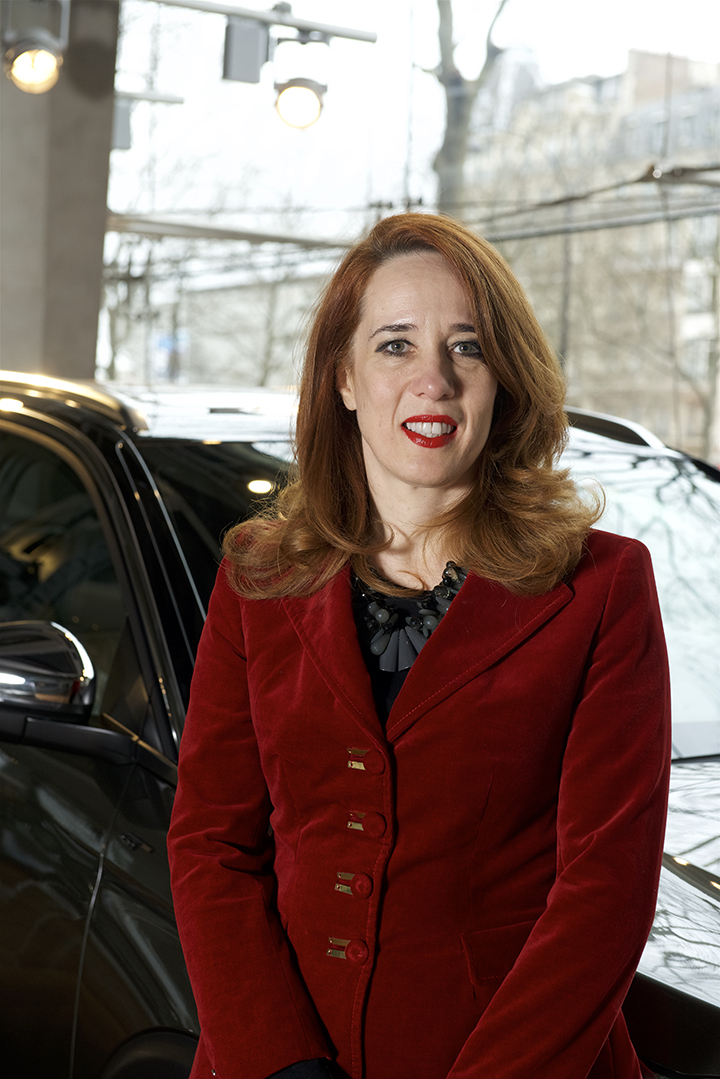 Then Carlos Tavares came onto the scene, a long-time Renault Nissan executive who was closely involved in turnarounds across both alliance brands, including for Nissan in North America.

Tavares, a race-car enthusiast, quickly implemented his ‘Push to Pass’ strategic plan, which, like servicing a well engineered Formula One car, set out to cut waste and excess weight, while at the same time increasing velocity in the market. The plan included new labour agreements for major plants to reduce cost, and a slimming of model variety. There was also a relentless focus on benchmarking operations – from manufacturing quality to internal logistics to cost per vehicle – to bring PSA into line with top European standards.

That focus on performance and cost control has been combined with a ‘product blitz’ designed to recover volume, as well as increase the quality – and value – of models from the group’s three brands, Peugeot, Citroën and the newly added DS. Meanwhile, the carmaker set out to diversify its heavily Europe-focused business to other regions, including China, South-East Asia and Africa – even indicating an eventual return to the US.

The OEM returned to profit and positive cashflow sooner than many analysts and even its management expected, raising its targets just over a year into the plan. In 2016, with global sales growing nearly 6% to 3.15m vehicles, PSA reported record profits and an operating margin of 6%, well ahead of its 2021 objectives.

The success is not without caveats. Europe still accounts for more than 60% of PSA sales and this will increase to above 70% once it adds Opel/Vauxhall. While Europe’s recovery has been stronger than forecast, the carmaker’s major markets in western and southern Europe still face economic and geopolitical risks. Brexit – for which the drop in sterling negatively impacts PSA and Opel/Vauxhall – and the upcoming French presidential elections are just two examples.

In China, meanwhile, PSA sales slipped significantly in 2016 as the carmaker and its joint ventures updated model line-ups and targeted more SUVs. A route into South-East Asia has also been slow. Brazil and Russia, once promising for PSA, remain deeply depressed. Sales for the DS brand have been sluggish.

Nevertheless, PSA is healthy and confident as it looks toward a new future. In acquiring Opel/Vauxhall, Tavares said he expects to achieve synergies of €1.7 billion ($1.8 billion) per year after a decade, mainly by concentrating Opel and Vauxhall vehicles onto PSA vehicle platforms and sharing costs in engineering, purchasing and manufacturing.

PSA is also expanding its footprint in the Middle East, Africa and South Asia. Its aggressive product launch, meanwhile, includes adding more electric vehicles, plus new mobility and e-commerce ventures – all areas in which Opel is expected to improve PSA’s technological scale and knowhow.

A new phase in the supply chain
Somewhat less obvious, but no less important, is the degree to which PSA is entering a new era in supply chain and logistics. Last year Francesca Gamboni was hired as senior vice-president of supply chain – an executive with considerable experience across multiple sectors. Gamboni has taken over an integrated supply chain function touching many parts of the company, from product planning and parts procurement to production planning, model launches and logistics.

Importantly, she has a vision for the supply chain that is broader than its historic role at PSA. She thinks supply chain managers should be masters of the market as much as they are industrial operations. That means analysing sales volume with the same rigour as planning freight routes or eliminating waste in line-side delivery. Only then can the supply chain react to demand and better anticipate the shifts that often catch factories and their supply base unawares.

“Supply chain is the only part of the company that can truly create a bridge between the ‘back office’ of a company – upstream production, suppliers, purchasing – and the ‘front office’, sales and commercial side,” says Gamboni. “Doing that, it can improve the company’s total value by better anticipating demand, managing capacity and coordinating plans.”

For logistics specifically, the recent signing of a new global exclusivity contract between PSA and Gefco also belies a significant change in approach behind the scenes. Since 2012, when PSA sold 75% of its shares in Gefco to RZD Russian Railways, the companies have evolved from a parent-child relationship into a more equal partnership, which Gamboni, together with Gefco’s chairman, Luc Nadal, wants to cultivate, particularly in areas of logistics innovation, industry collaboration and new technology.

Today, Gefco can even take an early role in managing PSA’s supply chain in certain regions or projects. The logistics provider already has a presence in key markets where PSA is starting production, including North Africa and India. Likewise, as the dedicated fourth-party logistics provider (4PL) for Opel/Vauxhall since 2013, Gefco is in a unique position to support supply chain integration and logistics bundling opportunities between the two. Gamboni also wants Gefco to help PSA collaborate with other companies as well.

Gamboni has wide-ranging ambitions for PSA’s supply chain, including that it should measure up to the best in the world. To that end, supply chain and logistics have joined Carlos Tavares’s list of industry benchmarks. He has already said that meeting these expectations and improvements in overall performance will be key to the company staying competitive. A similar logic is set to apply for integrating Opel, where Tavares has said he sees improving performance, from production quality to supply chain management, as his preferred way to save and reduce cost, rather than closing plants or cutting jobs. For Groupe PSA and the supply chain, the early signs are positive, but the new global shape of the wider company is still forming – and likewise, Francesca Gamboni is only just getting started.