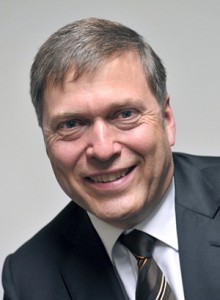 Guenter Butschek, a former Daimler executive who has held a number of roles in logistics, has been appointed as chief executive officer and managing director at India’s Tata Motors.
Butschek will lead all Tata Motors operations in India, and in international markets including South Korea, Thailand, Indonesia and South Africa.
Butschek is expected to join the company by February 15th 2016.
Most recently Butschek worked at Airbus Group, serving as chief operating officer and member of the group executive committee. Prior to this role he worked at Daimler for more than 25 years in international automotive management. Early in his career with Daimler he led functions including logistics, while later he took over positions in production, industrialisation and procurement.
Before leaving Daimler, he held the position of president and chief executive officer of Beijing Benz Automotive, a joint venture between Daimler and Beijing Automotive Industrial Holding from 2005.
Cyrus P Mistry, chairman, Tata Motors, said, “Tata Motors is going through an exciting yet challenging phase and Mr Butschek’s appointment comes at an opportune moment. He brings with him rich global experience of growing organisations and developing new markets. I am confident that Mr Butschek’s ability to lead high performing teams will enable our company to achieve sustainable, profitable growth.”