Honda prepares for sharp rise in EVs and costs 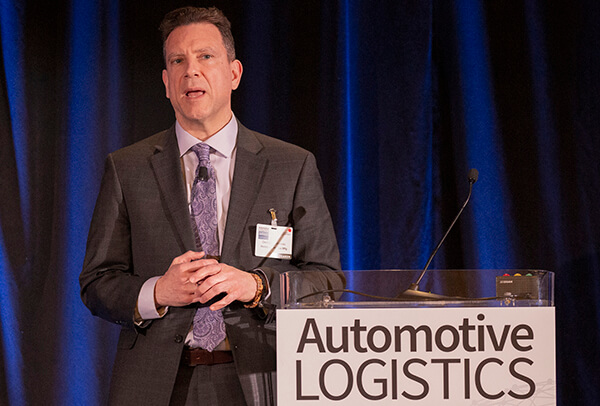 Honda has revealed some massive changes across its operations in North America as it prepares for a surge in production of electric vehicles (EVs) and a big rise in logistics costs.

Speaking at The Supply Chain Conference last week in Atlanta, George Grahovac (pictured), Honda of America’s new senior manager at its North America Operations Office, highlighted a spend of $1.2 billion by the carmaker in getting parts from its 600 tier one suppliers to its plants in the region.

Cost pressures are increasing in the supply chain for a number of reasons, he said, including the shift towards electrification. By 2030, Honda plans to make two-thirds of its vehicle output in the region electrictrified and is retooling and shifting production to manage what Grahovac described as a “massive change” for the company.

“Preparing for the future of powertrains is really becoming a daunting task from a manufacturing side and, of course, with the supply chain side keeping up,” he said.

What is also hitting costs on the supply chain side, however, is an increase in transport costs – in part a consequence of the serious driver shortage. On top of the dearth of available manpower increasing driver rates, said Grahovac, there is the impact of electronic logging devices (ELDs) in terms of cost-pressure on hours-of-service. Regulations enforcing the use of ELDs in trucks over 4,500kg were introduced in December 2017 and have meant stricter limitations on available driving and duty times, pushing up costs for carriers. Apart from the expense of installing the devices and training drivers, there has also been a loss of productivity.

[mpu_ad]Recruitment and retention of drivers is a major problem for the industry in general, Grahovac stressed, pointing to one of Honda’s smaller logistics partners which, he said, had spent $7m on recruitment for drivers last year and only succeeded in getting five more.

Leaving JIT behindHonda is making adjustments in other areas, too, as it seeks to bring cost-efficiency to the inbound supply chain – and that includes moving away from just-in-time (JIT) delivery, a methodology usually central to Japanese manufacturing.

“For us, it is now more important to fill the trailer and get as much cube on that trailer as possible coming in,” said Grahovac. “We know that cube-miles as well as trailers are more expensive than warehouse space, so we are trying to rightsize the warehouse. Before it was one day – no more, no less – but we are rethinking that model.”

Honda is also looking at working more collaboratively with its logistics providers, including DHL and Ryder, said Grahovac, pointing out that there was a lot of opportunity in that direction.

“In some cases, it is not low-hanging fruit, but fruit lying on the ground that we just have to pick up,” he commented.

According to Grahovac, Honda wants its providers to take a long-term strategic view and be proactive in suggesting the next move. That includes using their expertise to select the best examples of systems and processes from customers in other industries that could be applied across Honda’s operations. But this did not mean just finding the latest technology to throw at a problem, he stressed.

“We are not always looking for the next best shiny hammer,” he said. “We are sometimes looking to do very mundane things exceptionally well and be coordinated. An exceptional level of service includes processes and communication, which are as important as the technology.”

At the same time, Grahovac said Honda needed to make sure it was the shipper of choice for the logistics providers out there, whether out of business at its own plants or at its suppliers.