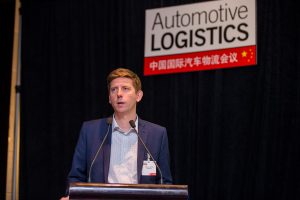 The inbound supply chain in China continues to develop at a fast pace, and getting to grips with the complexity around supply locations, regulations and production shifts is a significant task. For some manufacturers, including Volvo Cars and tier one supplier Continental, increasing in-house management resources and tools have been essential to keeping up.

Few carmakers currently exemplify China's continuing evolution in automotive production and supply as well as Volvo Cars, which has built up a manufacturing base, supply chain and logistics network nearly from scratch over the past four years.

The Geely-owned carmaker now has two active assembly plants – in Chengdu in western China and in Daqing in the north-east – as well as an engine plant in Zhangjiakou, bordering Beijing. A third assembly plant is set to open later this year in Luqiao, south of Shanghai.

The carmaker already faces considerable complexity in managing inbound logistics within the geography of this production and supply network, which includes domestic flows stretching 3,000km between supply clusters in the southern Guangdong province and Daqing in the north, for example. Around 30% of supplies also orginate overseas, mainly in Europe, which makes for parts with long lead times, high transport and duty costs and sometimes difficult import and customs procedures, according to Magnus Ödling (pictured), director of inbound logistics for Asia Pacific and China.

“Logistics is a strong consideration in our purchasing and sourcing strategies, but in ‘opex’ [operating expenditure] versus ‘capex’ [capital expenditure], logistics doesn’t always win, and the decision is made to source from existing tooling,” he told delegates at last week’s Automotive Logistics China conference in Shanghai.

Consolidation strategyLate last year, Volvo Cars also unveiled a new manufacturing strategy in China that includes consolidating production of model series at each plant: the 90 models will be built in Daqing, the 60 series in Chengdu and the 40 in Luqiao (which will also build Lynk & Co models on the same platform). Furthermore, these products will be slated for global export. Exports to the US have been in place for two years; this year, exports to Europe are set to start with plans reportedly in place to ship the S90 premium sedan by rail.

This production and export strategy will add further variants and constraints in the supply chain, including the need to account for multiple derivatives such as building both left and right-hand drive cars, petrol and diesel engines, as well as in managing customer-order production across a long supply chain. The carmaker has also revealed that China will build Volvo’s first all-electric model, which will introduce yet more complex considerations, including the handling of different types of parts and regulations around how to transport and store hazardous goods, said Ödling.

The new electric vehicle will be based on Volvo's Compact Modular Architecture for smaller cars and will be exported globally from China in 2019 said the carmaker this week. Volvo has a commitment to sell a total of 1m electric cars – including fully electric cars and hybrids – by 2025.

That Volvo’s inbound logistics are challenged by the complexity and variety of products it builds is testament to how advanced China’s supply chain and manufacturing has become. But Ödling also pointed to difficulties that were more unique to China, most notably a highly fragmented transport and logistics market. Equipment quality and standards are also variable, including uncertainty and capacity issues over the ongoing GB1589 changes to truck dimensions.

“There are also issues at times over subcontracting of trucking services, in which it is not always transparent who is carrying out services,” added Ödling. “There are good and bad examples of that.”

And, although Volvo Cars uses river barge for logistics flows to its plant in Chengdu and has consistently used the Europe-China express train, Ödling said rail services within China were not stable enough to use for regular inbound flows of parts and material.

Despite these challenges, Volvo Cars is running a sophisticated, efficient set of transport and logistics flows, including milkrun and consolidated freight. Thanks to the development of an in-house logistics management team over the past few years, as well as the implementation of a global transport management system and an internal control tower, the carmaker is also highly focused on designing and adjusting the network to ensure waste is minimised.

“We consider logistics to be a core competence, which is why we insourced logistics management,” said Ödling. “We are in control and we work to implement standard processes and a sense of urgency and emphasise lean management.” 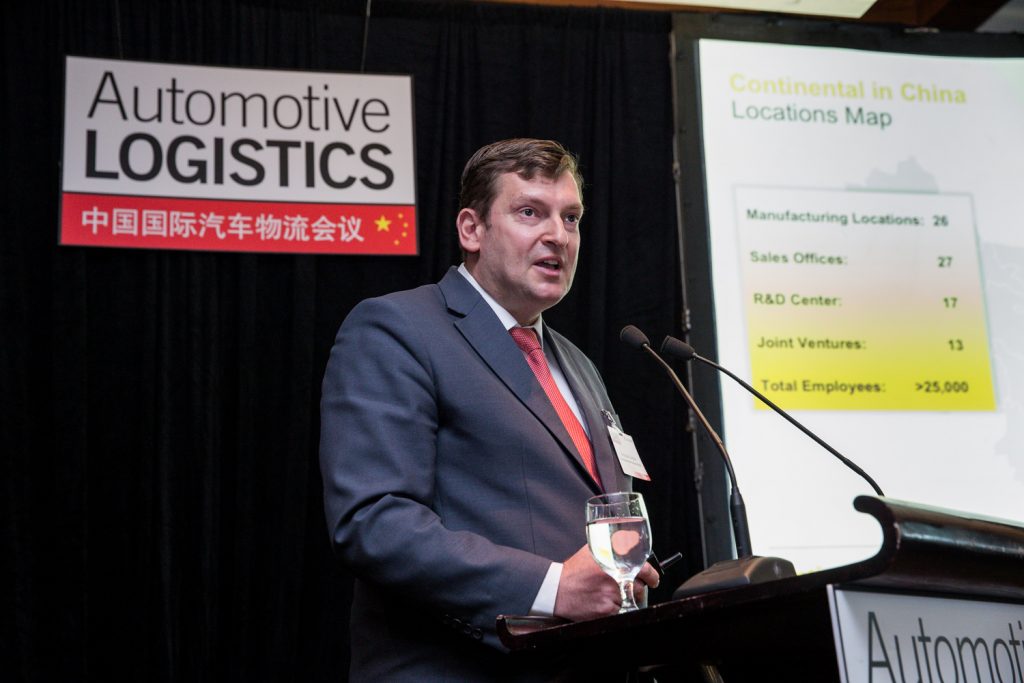 Andreas Subbe said that incoterms in China make logistics challenging for the tier one, but it is managing complexity through an in-house control tower

Continental progressGlobal tier suppliers are also running major production networks in China. Continental’s automotive divisions, for example, now have 26 plants and 17 research and development centres across China, stretching across the country’s manufacturing regions. Its major products include chassis, interior and powertrain-related parts, including emission control. Andreas Subbe (pictured right), director of logistics for supply chain management for automotive in Asia Pacific at Continental, also sees the development of electric and autonomous vehicles having an important impact on the tier supplier’s production and supply chain in China.

While Subbe pointed to an advanced network and complex supply flows, he admitted that the company faced volatile conditions, including relatively poor forecasting among manufacturers in China. Furthermore, unlike in western markets – and in contrast to Volvo Cars’ approach in China – almost all of Continental’s OEM customers purchase supplies on incoterms that leave logistics responsibility with the tier supplier. For Continental, it means that it is often managing both inbound and outbound logistics, which reduces the opportunity for carmakers to take advantage of scale by combining supply flows across a given geography.

“Instead, we end up with a lot of outsourced, third party warehouses that hold material on consignment close to our customer’s plants,” he said, pointing to extra steps in the supply chain and the difficulties in managing some of these sites remotely. The inefficiency is further compounded by gaps in EDI links and communication across some suppliers and logistics providers in China.

However, despite these constraints, Continental has, like Volvo, benefitted from developing strong, internal logistics management functions, including a control tower to monitor flows and a central logistics team to engineer and manage its deliveries.

An example of where the company is now making significant progress is in returnable packaging. Subbe admitted that it had been reliant almost entirely on one-way, disposable packaging. However, a change in commodity prices has made such packaging less economic, and Continental’s logistics team is now implementing a returnable packaging loop using VDA-standard equipment. “By working together with our suppliers and logistics providers, we are sure we can make further progress,” he said.