In these uncertain days, supply chain reaction times are critical

Given current political and economic uncertainties, there may be many twists and turns in the track ahead... making it all the more important that supply chains can plan and react with real efficiency 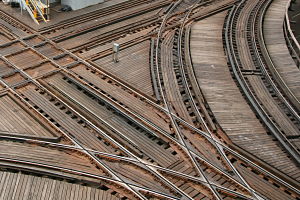 Strip the global outlook to pure numbers, and the story for the automotive industry is quite positive. China sales have been accelerating. The US and Europe, though growing more slowly, are at healthy levels. India and South-East Asia are starting to show their potential again, while elsewhere there is investment in plants in Africa and the Middle East, notably Iran. The problem markets of the past few years, such as Brazil and Russia, are somewhat more stable.

However, layer the context back in, and there is plenty of uncertainty. As we went to press, Britain was set to trigger Article 50, the official process for leaving the EU, on March 29th, setting in train complex negotiations that could lead to costly trade and customs duties for both sides. Just a few months later, the presidential elections in France could bring to power a hard-line nationalist who wants to quit the euro and the EU, and erect protectionist barriers. The US government is also set to enter its own negotiations, when it formally notifies Congress of its intent to renegotiate Nafta with Mexico and Canada.

Meanwhile, China’s growth has been supported by stimulus, and could reverse. The Middle East is highly unstable; Russia and Brazil, hardly beacons of governance.

Good luck to anyone who forecasts the impacts from these and other developments on the automotive sector.

Francesca Gamboni does not pretend that Groupe PSA has a better crystal ball than others. However, she is convinced that a better way for car companies to manage capacity is to give supply chain departments responsibility for sales volume forecasting. Only a “transversal” function like supply chain and logistics would apply such plans evenly across plants, suppliers, logistics and dealers, she says. For example, when marketing departments add incentives, the supply chain team can ensure they reflect supply capacity and are properly planned for across the company, rather than reacting late to changes as is more typical today.

Plus, if supply chain managers learn to analyse commercial data as well as they have operational cost factors, Gamboni is confident that forecasts will eventually improve as well.

PSA, for which forecasting will be critical as it absorbs Opel/Vauxhall, is moving ahead with a pilot to put commercial planning in Gamboni’s department. Alone, it may do nothing to insulate PSA against political turmoil, but it should help the supply chain plan and react better – and these days, every little bit will help.