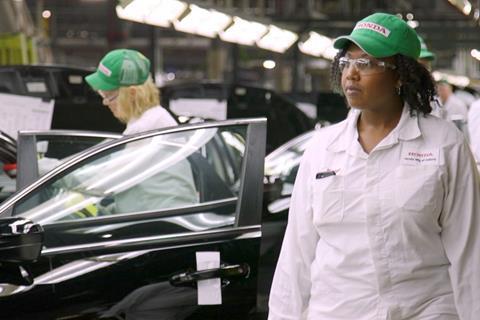 Honda of America Manufacturing has 12 US production centres

With 20 manufacturing centres across North America, 12 of them in the US, and 607 US-based suppliers, Honda has a highly complex supply chain in the region. Moreover, the volume of parts being transported to its assembly plants is on the increase; just last year, Honda purchased a record $29.2 billion in components from these US-based suppliers.

In fact, over the past 13 years the OEM has increased shipping destinations by more than 50% and truckloads by 28%.

All of this is testing the skills of those in charge of transport management, within Honda and also among its logistics providers. The economic downturn forecast in the US, and already happening in regions elsewhere, is going to test those skills further.

Speaking at last week’s Automotive Logistics Global Detroit conference, George Grahovac, senior manager of Honda Manufacturing of America, said that the company had to be more effective in the use of its transport and logistics resources.

“We know definitely that in logistics and transportation we need to be much more aggressive, more than we have in the past,” he told delegates. “We also know that just-in-time [JIT] and bringing in products according to our production and sales requirements is sometimes not the most efficient for how we run the routes.”

Making process changes
Grahovac said that, as a result, the company was looking at reorganising some of its transport processes and in some circumstances that would include a move away from JIT delivery. “We want to start using inventory as a tool, filling up our trailers and trying to use that inventory to buffer both on the inbound side and on the outbound,” he explained.

Honda is embracing a range of ways to drive greater efficiency into its delivery network as supply chain costs rise. They include greater trailer cube optimisation, bringing in multiple days’ inventory by dynamic routing, improving the efficiency of production schedules and enhancing visibility.

“With the current economy, supply chain costs will continue to rise. Transportation is our greatest risk and it will require significant changes to our business model to mitigate the risk and optimise” – George Grahovac, Honda Manufacturing of America

“With the current economy, supply chain costs will continue to rise. Transportation is our greatest risk and it will require significant changes to our business model to mitigate the risk and optimise,” said Grahovac.

What the company is also doing is partnering with other OEMs on route sharing as well as looking for synergies across its own business segments. Honda’s North American product breakdown based on revenue is more than 70% automobile, but it also provides powersports vehicles and power equipment, and the company is combining routes where it can to include parts for these products.

Collaborating for greater efficiency
Grahovac gave some examples of the sort of collaboration for which many in the industry are now looking. The carmaker’s first step has been to examine its overall network and identify the opportunities for sharing, beginning with its South Carolina facility, which makes powersports equipment. 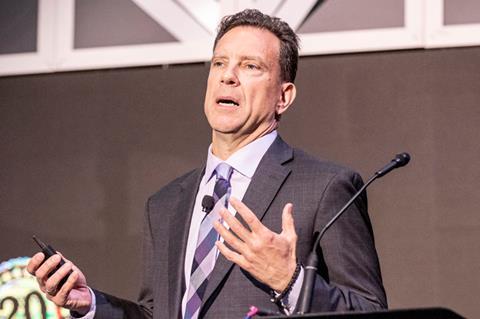 “We saw an opportunity with several of the tier ones that are supplying South Carolina for the powersports segment, which is primarily on LTL [less-than truckload] at the moment, so we can bring those into the network and share the routes and bring those down to South Carolina, increasing the cube rate from around 67% to 83%.”

In terms of initiatives with other OEMs, the company has two projects on the go, both in Tennessee. At one of Honda’s five cross docks, near Nashville, the carmaker has an existing shared facility with a vehicle-maker. “Sharing freight is relatively new for us but we have started down the path and are expecting to save about $500,000 a year on some routes out of that facility,” said Grahovac.

The other project is taking place at its cross dock in Knoxville, where it is partnering with logistics provider Carter Logistics, which is in the process of expanding the facility. Here Honda is going to be sharing routes with another OEM and expects eventually to save over $1m in transport costs.

“We have a lot of common suppliers in the same area, as well as unique suppliers, that we can move around with collection routes,” commented Grahovac. “Carter is going to manage the inbound to us and the weekly dynamic routing. That is going to help us be as efficient and effective as those inbounds can be.”

For the full report from the AL Global Detroit conference, click here.