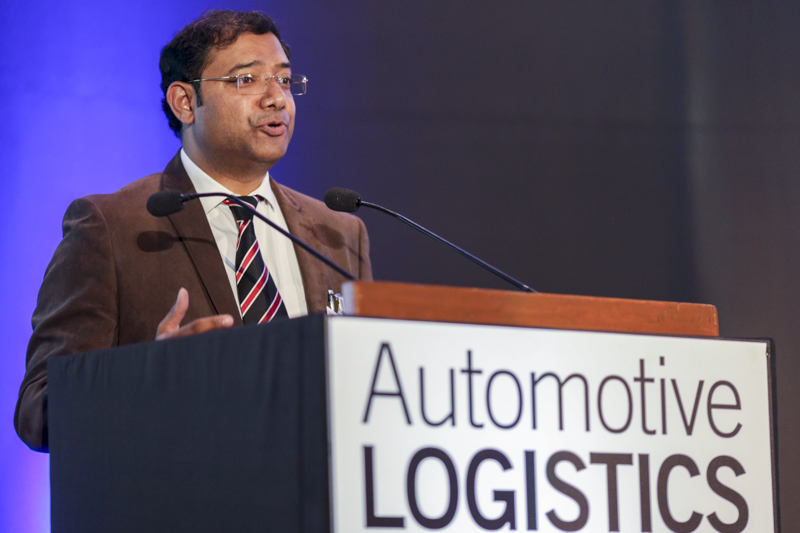 Ford is transforming its logistics management and analysis in the Asia Pacific region as it rolls out a fourth party logistics provider (4PL) model across its inbound supply chains in India, Thailand and China, Ford Asia Pacific vice-president of inbound logistics, exports and customs operations, Amlan Bose (pictured), told those attending the the Automotive Logistics India conference this week.

The setup includes a switch for some plants to ‘ex-works’ freight terms, in which Ford has responsibility for the planning and cost of logistics from tier supplier plants.

Ford is using Penske Logistics as its 4PL in India and Thailand – a provider with which the carmaker has a similar ‘lead logistics provider’ agreement in North America and South America.

According to Bose, the 4PL arrangement has not only brought efficiencies in network engineering and equipment utilisation but has also been an important part of Ford’s step towards using supply chain and logistics data in a more strategic way, including the use of advanced analytics.

“With the 4PL setup, we are working with our partners to drive freight efficiency and eliminate waste in the end-to-end supply chain through a rigorous analysis of data,” Bose told delegates at the conference.

Bose first unveiled Ford’s switch away from a simple third party logistics (3PL) model at the India conference two years ago, when the OEM first outsourced operations ahead of its then soon-to-launch assembly and engine plant in Sanand, India. Since then, the carmaker has been implementing the setup in phases across the Asia Pacific region. In 2015, Penske took over operations at Ford’s plant in Chennai, India for vehicles and engines and for its wholly-owned factory in Rayong, Thailand.

Also in 2015, with the opening of Changan Ford’s new plant in Hangzhou, China, Changan Minsheng Anji Ceva took over as 4PL. In 2016, meanwhile, the joint venture provider took over Changan Ford’s sprawling plant complex in Chongqing, which includes three assembly plants and an engine and transmission plant.

Next year, the rollout will be completed when Penske takes over at Ford’s joint venture AutoAlliance plant in Thailand, and Changan Minsheng Anji Ceva does so at Changan Ford’s newest plant in Harbin.

“These seven or eight phases have really helped us and given us time to integrate the 4PL and cross-functional teams across the different plants,” said Bose.

Taken as a whole, this transition is one of huge complexity, involving Ford’s different entities, freight terms and logistics networks across Asia. It is also the product of a cross-functional, multi-tier collaboration within Ford and across its supply chain partners. 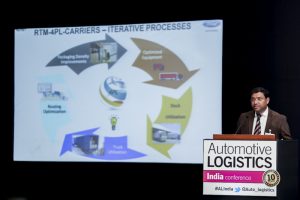 At the top tier, for example, is Ford’s regional transport management team, which oversees the 4PL and logistics carriers and manages freight costs. While this team is smaller than the in-house one Ford would have had prior to using a 4PL, it has important responsibilities across carrier costs and continuous improvement, and plays a key role in integrating information from other departments within the carmaker such as purchasing, manufacturing and finance.

The 4PL itself, meanwhile, carries out network design and planning, while also managing and communicating with transport providers. It carries out analysis of inputs including packaging, production schedules, locations, and unloading times and optimises supplier and carrier pickup windows, dock schedules, inventory levels and routing.

Finally, there are the carriers that carry out the transport as well as a range of value-added services, like management of various facilities.

Bose said it was important a 4PL should be asset-neutral and did not privilege its own equipment over the most efficient options. Carriers are therefore fully responsible for collections and deliveries, management of consolidation centres, and tracking and tracing deliveries.

An important part of the switch has been the implementation of Ford’s ex-works approach to freight terms, which in many cases has meant the carmaker having to renegotiate parts purchasing to remove freight and duty.

In India, Ford was somewhat ahead in this regard, being one of a handful of OEMs in the country that runs inbound logistics on an ex-works basis. In China, however, Ford’s joint ventures, like others in the country, have historically run logistics on delivered terms, with tier suppliers responsible for moving freight to assembly plants.

The transition covers a massive supply chain, including plants producing around 1m vehicles per year, with around 500 suppliers and 13,500 parts. The joint venture structure and the use of in-house providers among Chinese OEMs also required different solutions to find something closer to a non-asset or asset-light player, which led to the use of the Changan-Anji joint venture.

Above all, however, the Chinese project emphasised the importance of using data intelligently for Ford’s supply chain.

“We needed a data-driven approach to quantify the business value of transitioning to ex-works,” said Bose. “Our data analytics team engaged to develop a model of the opportunities and potential approach to the project.”

Ford and its 4PLs use a variety of analytical tools for planning and ongoing engineering. A structured approach to reducing waste and driving efficiency is followed, for example. For engineering, Bose described a transition to an “iterative process” that carried out various levels of audits, analysis, performance reviews and actions each day, week, month and quarter across the organisation. These include work across cross-functional teams incorporating Ford’s regional transport management, the 4PL and the carriers, as well as Ford’s supply chain management, material handling, manufacturing and finance departments.

Bose suggested that developing data analytics further would be increasingly important across Ford’s supply chain, including in India where it could help the carmaker to develop more multimodal transport routes. 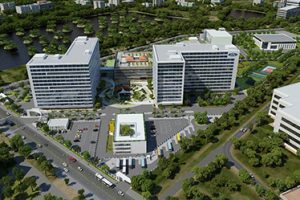 India’s skill and talent base in IT will also be a factor. In the last week, Ford has announced it will invest nearly $200m to build an engineering and mobility centre in Chennai (pictured) – the carmaker’s third in Asia Pacific – that will include a centre for analytics. It will also be Ford’s largest IT hub outside of the US. Bose said it was evidence of how important such analytics and technology will be across the company’s wider supply chain in India and Asia Pacific.

Bose suggested the investment was supported by the carmaker’s faith in strong growth in the India’s domestic and export markets, and said it would play a key role in shaping its products and manufacturing, as well as innovation in logistics.

“We, the logistics brethren in India, need to push the bar – we need some destructive, disruptive changes and innovations in the logistics industry so that we talk about taking the next huge leap forward,” he said.

Watch a video of Ford’s presentation and others from Automotive Logistics India here.