Innovation and smart tech: Why BMW is driving both 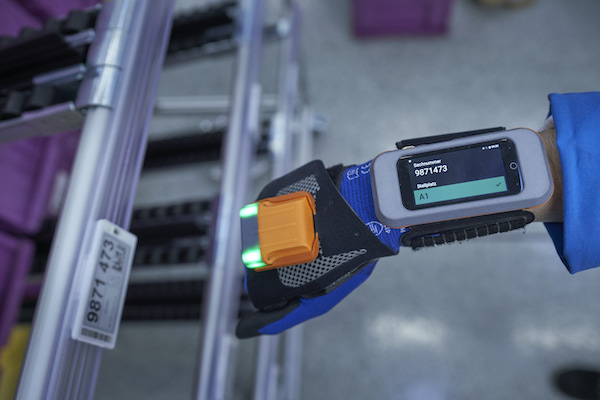 Handling 31m parts and producing almost 10,000 vehicles each day, BMW is increasingly looking to digitalisation and Industry 4.0 innovations to help it organise its logistics more flexibly.

The carmaker’s use of technologies including autonomous transport systems (ATS), robots, augmented reality (AR) and paperless systems, was discussed at length at a recent BMW press event near Munich to showcase logistics innovations. Many of these have now moved from test stages into series production and practical operation.

According to Maidl, the development of innovation at the company is a constant process, but there comes a time when the infrastructure for a new technology must be established. “We will always have some proof of technology, concepts and pilots in production, however there will be a point in time where we say the basis is set,” he said.

Some of the OEM’s new technologies are supported by BMW Services, a cloud-based platform which co-ordinates autonomous transport systems. According to the OEM, regardless of the manufacturer, every autonomous transport system should be able to exchange data on the platform. “BMW Services is almost 80% set and therefore we can now put all our IoT devices into that environment very easily,” he said.

Autonomous and wearable technology
Within the carmaker’s production halls, tugger trains or smart transport robots (STR) are increasingly used to transport parts, with 30 STRs set to be in operation this year. As part of a pilot project, the carmaker’s plant at Dingolfing has developed software which enables conventional tugger trains of any brand to be upgraded to make them autonomous. 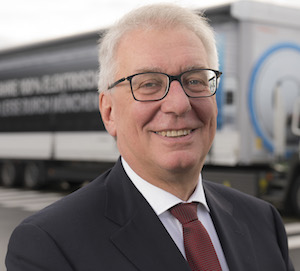 “We also had a proof of technology for high-voltage batteries, where we had to give an example of how to move them around corners,” added Maidl. “We installed an STR in the production hall and 24 hours later we operated the first proofs.”

Another future technology being piloted at Dingolfing is the Smart Watch, which supports logistics staff while they are changing over parts containers. The device announces an approaching tugger train via a vibration alarm. The employee can then read which containers should be uploaded and send the tugger train on to its next destination by tapping the display.

As for warehousing processes, a trial of AR glasses increased productivity by 20% and reduced the error rate by 33% during scanning and packing.

The transition to paperless logistics, with digitally labelled containers and shelves, opens up new areas of application for mobile devices. Glove scanners, for example, can read the electronic label and indicate the exact contents of the small load carrier on a miniature display that can be worn on the arm.

Enhancing outbound visibility
BMW is using ConnectedDrive technology to integrate all of its new cars into the Internet of Things (IoT) and enable remote software updates. Navigation is a core aspect of the OEM’s ConnectedDrive service, as the car’s embedded SIM enables the vehicle to transmit GPS and speed information to a cloud server and, in return, receive real-time traffic information based on the same data from phones in other cars on the road.

Furthermore, like the delivery of parts to plants, the transport of vehicles to the dealership is now digitally traceable at BMW. The OEM’s Connected Distribution pilot was fully integrated into series production last year.

The system, which uses the same IT that is built into BMW Group vehicles, tracks the location of the finished vehicles from when they are ready to leave the plant. The vehicle then transmits its current geolocation and status to the logistics centre via a mobile connection every time it is switched off.

The increasing use of digital technology and the IoT undoubtedly brings benefits to the automotive logistics industry, but it also poses questions about data security.

“The moment we come to the dealership, we turn Connected Distribution off and it can’t be turned back on,” said Maidl. “The ConnectedDrive function is then activated, which means the vehicle can no longer be tracked, and its status data no longer documented. From this moment the data security is on. It is only reversible by going into the dealership.”

Maidl explained that the only way the OEM could have access to any data was with the customer’s permission. “We can have it by request, but not automatically through the car,” he explained.

Changing relationships
BMW has 1,800 suppliers at more than 4,000 locations worldwide. Whereas in the past suppliers used to merely provide components, they have now become system developers and innovation partners, according to the OEM.

When asked how open the carmaker’s partners were to a completely connected supply chain, Maidl pointed out that the benefits are felt quickly.

“They will see the changes earlier in our statuses for production call off for example, which gives them better management of their production planning,” he said. “If we have some constraints about their planning, we can already anticipate with our future planning and give them feedback.

“The deeper you’re going into the system of a supplier, the more they refuse, and I can understand because they always have the feeling that we will take over the management of a company, which is not in our intention.”

Sharing standards
As for its relationships with other OEMs, BMW says it is sharing many of its innovations to create a common set of standards. Maidl suggested that while a lot of the standards for autonomous driving are set by Amazon, Zalando, H&M and so on, sharing best practice with other OEMs is important for protocols, performance and timing issues. 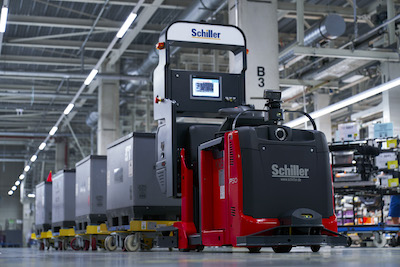 “We are not only working with the German Association of the Automotive Industry, but also with the Mechanical Engineering Industry Association, looking at the ISO certification area and the logistics area, where it’s not so internationally organised,” he said.

Maidl believes that BMW is ahead of other OEMs in terms of autonomous drive and distribution. “We see it in VDA, where we are the leader or, when we look to last year’s VDA prize-winning solution, which is something like our STRs for cars,” he said.

In terms of inbound logistics, Maidl proposes that all OEMs are ‘doing the same’, but that overall BMW has the most ‘holistic view’. He explained that, from parts entry to assembly and the connection of all this by IT, BMW ‘thinks broader’.

Innovative mindset
While BMW itself is known for its innovation, there is an argument that the automotive logistics industry as a whole is lagging behind in IT, especially in terms of rail providers and truck fleets. However, Maidl does not see a problem with BMW’s logistics providers regarding finished vehicles.

The generation of new ideas at BMW is helped by a start-up mentality. “We finance a team, which has been set up as a start-up within the company and give them the chance to follow the route from proof of concept to production,” Maidl commented.

The teams have been sent to start-up conferences and Maidl himself joined a technology tour for two weeks in the US. “We made connections and I was delighted by the fact the start-ups [introduced us to] their network, which we are now part of,” he said. “The moment we come up with an idea, we can either go for it or we know someone who will.”