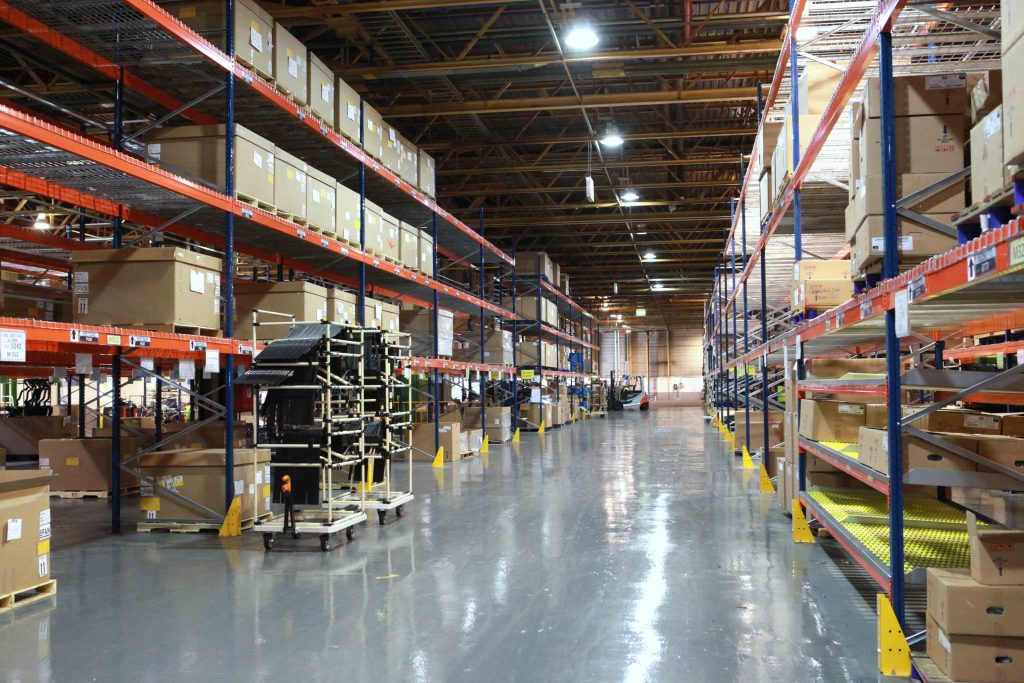 Changes in technology, economics and attitudes are driving a resurgence of interest in vendor managed inventory programmes among automotive manufacturers

Production lines need availability, not inventory. Manufacturers’ primary concern is that each individual part is a good one and that it is ready by the line when the assembly robot or production operative reaches for it. But no matter how far they pursue the ideal of just-in-time delivery and single-piece flow, inbound inventory is a necessary fact of life for carmakers. Shipping full truckloads of parts makes better economic sense than hand-carrying individual items, and having a suitable buffer stock on site or near plants helps keep production flowing in the event of a disruption in the supply chain. The challenge, therefore, lies in setting the right inventory levels and balancing the costs of manufacturing, logistics and storage.

The question still remains, though: if assembly plants and supplier production facilities need to hold inventories of inbound parts, do they need to manage them themselves? If car companies can trust their suppliers to take on much of the design, engineering and quality assurance associated with those parts, then why shouldn’t those same suppliers grasp the nettle of inventory planning, too?

The answer is that sometimes they do. In principle, a vendor managed inventory (VMI) approach is a way to outsource the cost and hassle of inventory planning, leaving the plant to focus on its core manufacturing operations.

[sta_anchor id="1"]VMI principleThe theory is compellingly simple: rather than ordering specific batches of parts from a supplier, a carmaker shares its production plans and forecasts, then leaves it up to the supplier to decide the most effective way to produce and deliver those parts to the line. As a further benefit to the OEM, the supplier carries the cost of the inbound inventory until it is needed – a useful cashflow perk.

VMI should have advantages for suppliers, too. Visibility of the manufacturer’s real demand can aid production planning, allowing them to build at a steady rate instead of rushing to meet sporadic orders for large batches. The freedom to flex inventory levels, as long as availability is maintained, gives suppliers the opportunity to adjust plans and improve costs. If a supplier can cut its production lead times through technology changes or leaner organisation, for example, it can reduce inventory levels at the customer site.

Despite its advantages, however, VMI is far from universal in today’s supply chains. While some of the supply chain participants we spoke to for this article were simply reluctant to discuss their use of the approach for commercial reasons, others were very clear that they didn’t employ it at all.

According to Tom Kroswek, group director for product development and innovation at third party provider Ryder, VMI arrangements only make sense in certain circumstances. “If you have a part with a lot of velocity, so you are running full truckloads regularly between the supplier and the customer plant, there isn’t much reason to do it any other way,” he says. 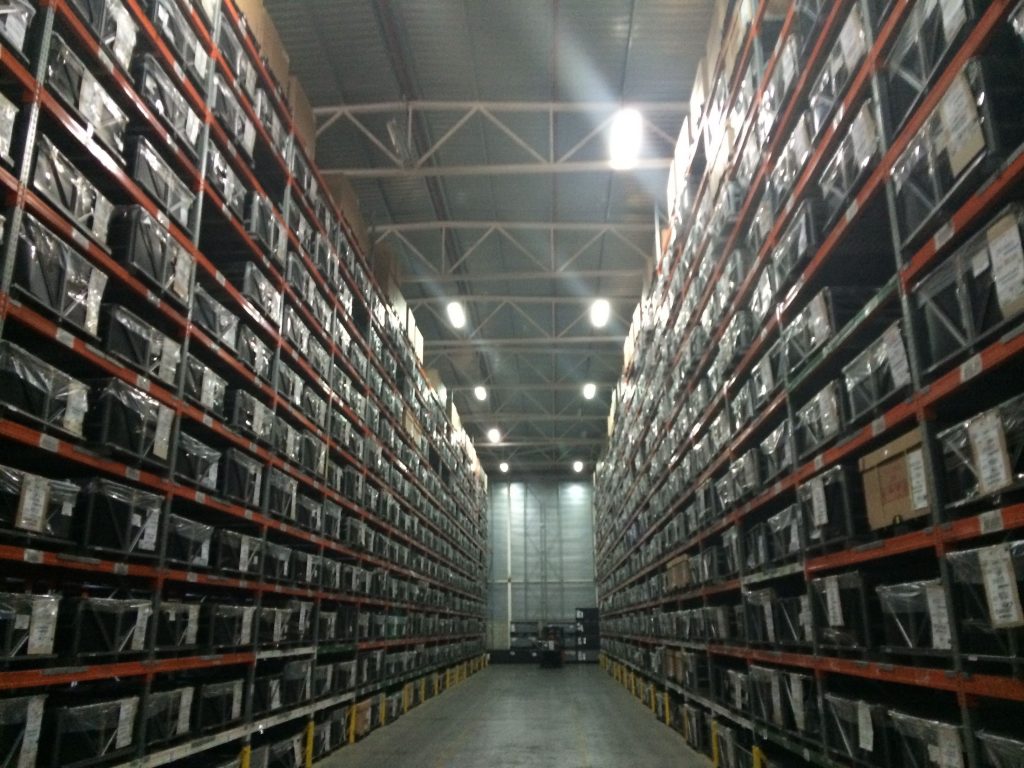 If assembly plants and supplier production facilities need to hold inventories of inbound parts, do they need to manage them themselves?

One big opportunity for VMI, he notes, is where there is a disconnect between the logistics processes that make the most sense for the carmaker and those that work for the supplier. “If the plant is asking for hourly deliveries of a part, but the supplier can fulfil that demand with a full truckload once a week, it might make sense for them to establish a local buffer close to their customer.”

The meaning of ‘close’ in this context is changing too, he notes. “Some years ago, suppliers might have fed their customer lines from 10-20 miles (16-32km) away. Now it is more common to see those buffers on the manufacturer’s campus, or even right inside the plant.”

Kroswek says other conditions that might be suitable for VMI include parts for which there is a high level of variability in demand, as well as those whose high value would drive up inventory carrying costs. The approach is also useful for some categories of simple, standard parts like fasteners, and indirect categories like tools and supplies. Overall, he estimates that VMI could be suitable for up to 25% of the parts on a typical vehicle.

[sta_anchor id="2"]Ebbs and flowsRyder has been involved in multiple VMI programmes over the past 20 years. Kroswek notes that interest in the approach has varied over time and waned in particular during the financial crisis and ensuing recession. Now though, VMI is back on the table, with changing attitudes about the best way to manage material flows driving some of the renewed interest. “Typically you have some companies that use a pull-based approach to supply chain management and others that rely on forecasting. VMI is a hybrid of the two,” he says.

One important change is the current prolonged period of low interest rates. “Low interest rates reduce the cost of capital for carmakers and that makes it cheaper to hold higher inventories,” notes Kroswek. “Many carmakers are reinvestigating their just-in-time methodologies and becoming more comfortable holding higher levels of inventory in their logistics systems, if that means less frequent pickups and less expensive transportation.”

Product changes are making a difference, too, he points out. Individual vehicles are getting more complex and production line complexity is also rising, thanks to the proliferation of model variants and customer options as well as the tendency for manufacturers to run more vehicle types down the same production lines. These changes, says Kroswek, have led to the kind of demand variability that makes component flows better suited to VMI.

The growth of offshore sourcing has also had a significant effect. The optimum volumes, frequencies and even packaging requirements for ocean freight are dramatically different to those of traditional line-side supply. As companies pursue such long-distance strategies, they have been forced to think about new ways of managing inventory and associated risks in a volatile market environment.

Offshore suppliers may choose to establish their own logistics facilities close to their customers. Increasingly, however, supply chain participants are looking to thirdparty providers who offer shared services under one roof to fill the gap.

One such approach is offered by UK-based TVS Supply Chain Solutions. “We aren’t just providing warehouse facilities. We are an integrated partner, acting as an extension of both supplier and the OEM,” says strategic account director Arun Jayaraman. Typically, this work involves handling communication between carmaker and supplier, translating the OEM production plans into an appropriate delivery pipeline and monitoring that pipeline to manage the risks and ensure supply, while also carrying out parts handling, packaging services and quality checks on the ground close to the OEM.

For example, an important consideration in long-distance sourcing arrangements is compliance with customs, tax and duty regulations. In the UK, a carmaker is responsible for the payment of value-added tax (VAT) on arrival for parts imported from outside the EU, and the latest accounting rules mean it must also take the title of that stock as soon as it clears UK customs, adding the liability for that inventory to its books even if it has no plans to call off parts for weeks or months. “Carmakers don’t like being forced to take on the liability for inventory that they haven’t even seen,” comments Jayaraman.

To help its customers manage this issue, TVS has obtained authorisation from tax authorities for type ‘A’ customs warehousing in its UK facilities, a status usually only applied to the bonded warehouses of freight forwarders. Jayaraman explains that this allows carmakers to defer the VAT, the applicable duties, the title of goods and the declaration of inventory liability until the stock is called off from the TVS warehouse. 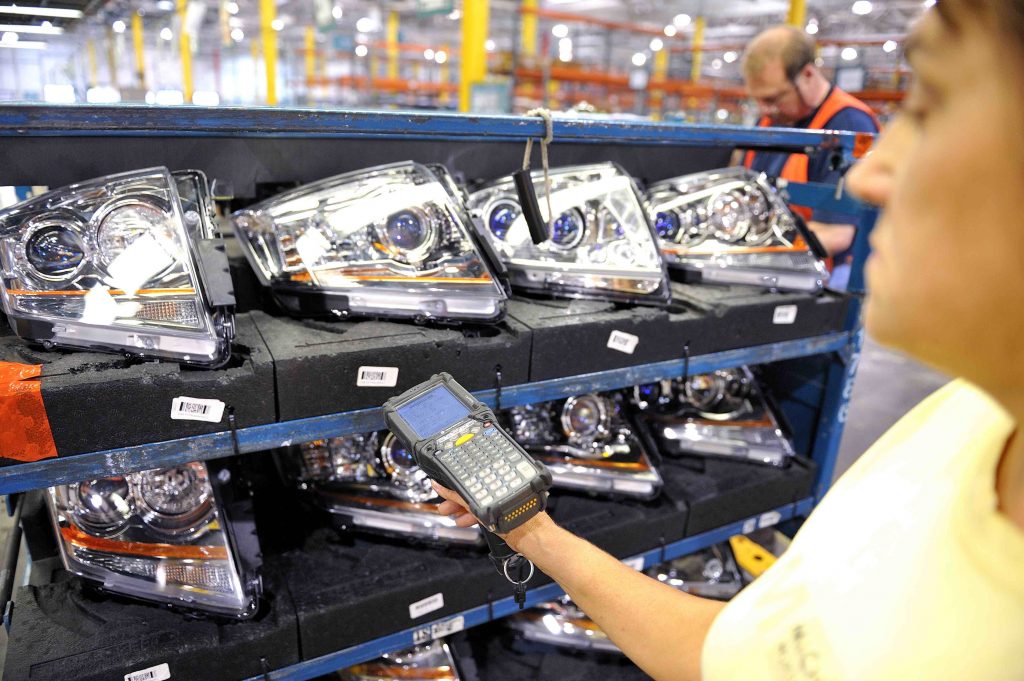 For OEMs, the solution “provides significant cashflow benefits and mitigates any risks associated with inventory liability,” he says, while it also helps international suppliers, who can avoid establishing a VAT-registered entity in the UK.

Making it workAshutosh Dekhne, a consultant in the supply chain practice at McKinsey & Company, says OEMs and suppliers need both technical and organisational elements in place to make a VMI programme work. On the systems side, for example, both parties in the VMI arrangement need strong integration and real-time data exchange. “The supplier needs to see the OEM’s current use of the part and their forecasts, so they are aware of anything that might change demand significantly, like a forthcoming promotion for a particular option,” says Dekhne. Crucially, however, visibility needs to work both ways. “If the OEM has to change its production plans for any reason, it needs to be able to see what parts the supplier has available, to know whether there will be enough inventory to meet its needs,” he adds.

The widespread use of sophisticated planning and scheduling software means carmakers and suppliers have much better internal visibility than they used to. Exchanging that data is also easier; companies can use EDI, direct integration between ERP systems or special VMI portals to create suitable links.

However, that still leaves cultural issues. “VMI requires a much more collaborative approach than traditional automotive OEM-supplier relationships,” says Dekhne. “To make the process work, both sides need to be committed, willing to share data and able to trust the other party.”

That means carmakers need to be willing to share not just their forecasts with suppliers and logistics providers but also the uncertainty inherent in those forecasts. “Carmakers are usually very good at predicting overall demand for a particular model, but their forecasts for the specific mix of options and variants is usually far less certain,” says Dekhne. “If the carmaker explains the likely variance in the final product mix, the supplier can react by setting inventories for all part variants at an appropriate level.”

Building trust on both sides often takes time and effort, he adds, and can be supported by things like having a close working relationship with supplier staff and the establishment of strong performance metrics on both sides. 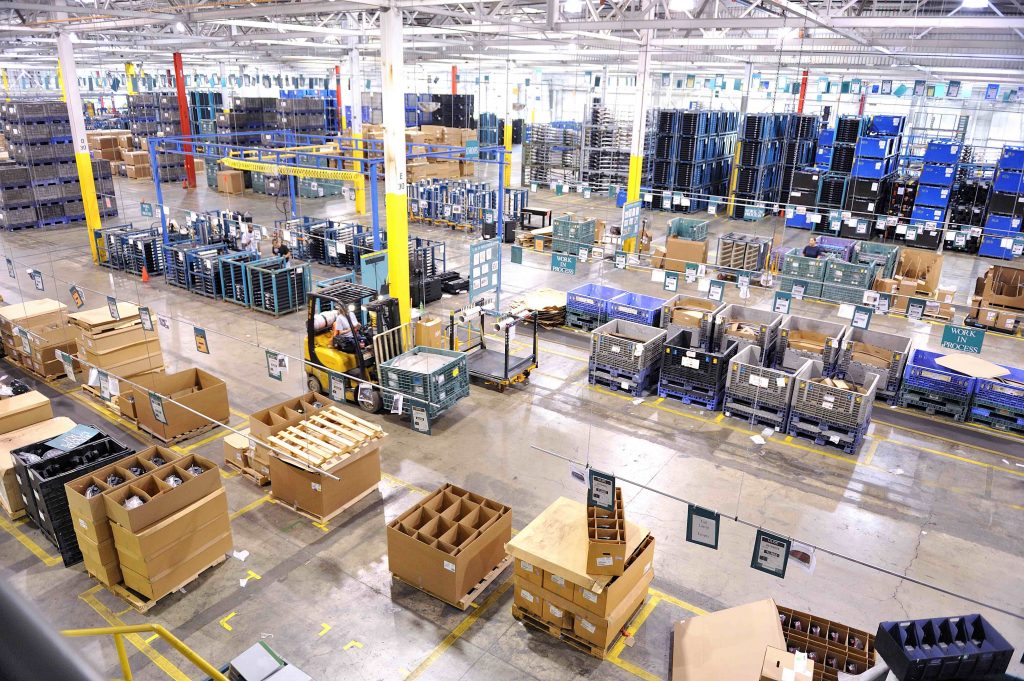 Ryder’s Tom Kroswek suggests that the industry may be “reaching a watershed in changing supply chain management and material management”.

“The supplier’s ability to meet the agreed service level is obviously a critical metric, but there are important performance indicators for the carmaker too, like forecast stability and the timely communication of exceptions and changes,” says Dekhne.

“We’ve had RFID technology in place for around ten years now and it has proved to be very beneficial. Now there are new technologies like the industrial ‘internet of things’ that lend themselves very well to the VMI approach. You can foresee a situation where signals are sent directly between the assembly line and the supplier’s inventory hub without having to go through the manufacturer’s MRP or ERP system.”

Such immediate, accurate data exchange could lead to an environment where companies rely less on forecasting and more on supply chain information to calculate the right level of inventory in the loop, he says, which would obviously make a big difference to inventory management.

Ashutosh Dekhne adds that fully exploiting the potential benefits of VMI requires carmakers to think more holistically about the way supplier relationships are managed. “You need to go way beyond traditional procurement. VMI won’t be successful if you are just negotiating on price. You need to think about the total cost of the operation and the end-to-end implications for the supply chain,” he says.

“This means ownership of the VMI relationship belongs much more to the supply chain or logistics function than simply to purchasing.”