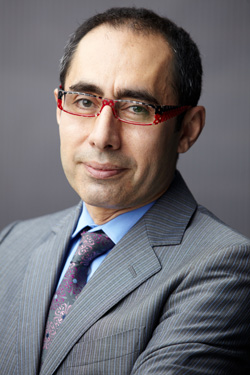 Levent Yuksel, who has previously held senior roles in logistics and production control at Toyota in Turkey, Japan and Europe, is now group plant manager at Jaguar Land Rover.

Yuksel has responsibility for integrating the inbound supply chain from a logistics perspective between JLR plants, as well as supporting the logistics for launch activities. The carmaker has three factories in England, at Solihull and Castle Bromwich in the Midlands, and at Halewood near Liverpool. It is currently building an engine factory in Wolverhampton, 50km from Solihull.

Yuksel is now based near Birmingham in the UK Midlands, and reports directly to David Dyke, global material planning and logistics director.  "I believe that Jaguar Land Rover is an inspired brand with a strong character, and I am excited about getting involved," Yuksel said.

Yuksel was most recently finance and administration director at Toyota Motor Manufacturing Turkey (TMMT), a post he held only since the beginning of this year. Prior to this role he spent two years as the director of production parts logistics and the vehicle logistics group at Toyota Motor Europe (TME), with responsibility for TME’s central inbound and outbound logistics functions across its European production. He was the first Toyota logistics executive in Europe to have responsibility for both parts logistics and finished vehicle logistics.

Yuksel will be working on integrating the supply chain and model launch activities at a time of significant growth for JLR. The premium carmaker, which is owned by India’s Tata Motors, has plans for more than 40 product-related actions in the next few years, including model launches and refreshes.

JLR is also building a new factory in China with its joint-venture partner, Chery, and expects to increase the amount of global parts it moves in and out of the UK and Europe.

JLR is currently facing potential disruption to its production after union workers for DHL and its sub-contracted logistics providers voted to strike across the OEM’s UK plants. The union has demanded wages similar to those of JLR workers.