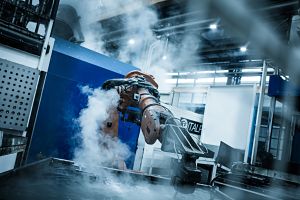 Liberty House has acquired the assets of manufacturer Amtek Aluminium Castings and King Automotive Systems (Amtek UK) from administrators PWC in a rescue deal for an undisclosed sum.

Amtek UK, a cast aluminium engine and components supplier to carmakers, has two plants in the West Midlands and one at Witham, in Essex. Almost all of its products go directly to vehicle manufacturers in the UK and EU.

Liberty House said Amtek had a strong order book but was saddled with debt and cashflow difficulties.

“Despite current challenges, this operation is a valuable asset and a vital part of the UK and EU automotive supply chain. We are very pleased to use our resources and extensive experience in the automotive sector to rescue this enterprise and enable it to recover and reach its true potential,” said Sanjeev Gupta, executive chairman of Liberty House.

Amtek UK comprises facilities at Witham and Kidderminster, both making aluminium die-castings, as well as a factory at Coventry, which processes aluminium and iron components for engines and transmissions. Kidderminster also supplies foundry-produced materials to Witham and Coventry.

Over the past three years, the Amtek business has undergone a multi-million-pound investment programme in new equipment, including an advanced casting facility at Kidderminster and enhanced machining capacity at Coventry.

Liberty said it saw Amtek’s product range as complementing its other automotive engineering plants in the West Midlands, its Speciality Steels business in Yorkshire, which also supplies the sector, and its aluminium smelting operation in Scotland.

The Amtek rescue deal comes a month after the release of the Local Vehicle Content Analysis report from the Automotive Council, which highlighted continued growth in local content for the UK’s automotive manufacturing sector.

The report calculated that last year, 44% of all components (by value) used to make cars in the country came from local suppliers, up from 41% a year earlier and 36% in 2011.

In May last year, body and chassis supplier Magna Cosma International announced it would be opening an aluminium casting facility in Telford, Shropshire. It is the first investment in the UK’s aluminium foundry capacity in 20 years and will supply Jaguar Land Rover in the country.

Earlier this year, Nissan Europe’s head of supply chain called on government to increase funding for the local automotive supply base or face greater potential impacts from Brexit, while putting the future of the country’s automotive manufacturing industry at risk.

Liberty has been on something of an acquisition spree lately. In January, it acquired CovPress, a vehicle pressing and assemblies manufacturer, which had been in administration since September. Only three weeks prior to that, it announced the purchase of the UK’s only aluminium smelter at Fort William and plans for auto-component manufacturing there, as part of a £450m investment in the Scottish Highlands.

The group is currently developing an alloy wheel manufacturing plant next to its primary aluminium smelter in Fort William, which will supply around 2m wheels a year to UK vehicle manufacturers.