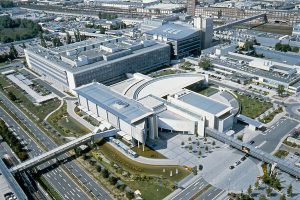 Logistics service providers (LSPs) catering to Opel’s Rüsselsheim plant in Germany may need to be ready to adapt to lower volumes, after the OEM was reported to be halving output there in the Allgemeine Zeitung newspaper. The plant builds the Insignia Grand Sport and Sports Tourer, as well as the Zafira minivan.

In a statement, the carmaker said it was adapting to volume planning but would not publicly comment on the details of that planning.

“We continue to work on improving the utilisation of our plants with profitable vehicles built on Groupe PSA platforms,” said the company. “This is, of course, also the case for Rüsselsheim. We want to announce details in the course of the year.”

Any utilisation reduction at the plant will affect a supply base which the carmaker, under plans drawn up by its owner Groupe PSA, has already said will be halved and brought closer to the plants those suppliers are serving.

That will have consequences for supply chain and logistics services, though Opel/Vauxhall’s provider of fourth-party logistics (4PL), Gefco, said there were not going to be any immediate changes to the provision of services. Gefco’s 4PL Solutions division provides services for the carmaker across Europe and Turkey, including the management of 220 separate logistics providers (140 for inbound and 80 for outbound). Its remit includes purchasing, tenders, contracting and invoicing.

“The principle of 4PL is to offer full flexibility to the customer, which we have provided to Opel/Vauxhall since the beginning of the contract in 2013,” Antoine Redier, executive vice-president of 4PL Solutions at Gefco, told Automotive Logistics this week. “This means that we adapt to any change of volumes, however much they decrease or increase. We do not currently intend to make any changes to the 3PL [third-party logistics] panel, which will have reduced volumes to handle. When new models are implemented, volumes will increase again and then carriers will have more cars to handle.”

With regard to the supplier footprint, Redier said it was all part of “the natural adjustment process” and that Gefco would have to adapt accordingly. “The engineering teams are fully involved in adjusting the transport strategy to match the supplier changes and generate savings,” he said.

Change of Pace!Groupe PSA bought Opel/Vauxhall from GM in 2017 for €2.2 billion ($2.33 billion) and by 2024, all Opel/Vauxhall passenger car models will be based on joint Groupe PSA architectures, a move designed to bring savings to the group and to assist Opel/Vauxhall in its Pace! plan, which should return the company to profitability by 2020.

In the first phase of this plan, Opel/Vauxhall plans to achieve a recurring operating margin for the automotive division of 2% by 2020, with a move to 6% by 2026. The carmaker is targeting 7% in cost reductions this year and 5% per year thereafter. Its plan includes achieving greater efficiencies in manufacturing, logistics and purchasing.

The company said the results there and for Groupe PSA overall were “clear proof” that its Pace! plan was working and pointed to upcoming new models for this year that included the next generation Corsa, Vivaro and Zafira Life.

Opel/Vauxhall also pointed to a positive operating profit for the division of more than €500m in the first half of 2018 – “its best result in decades”. Worldwide sales of the Insignia in 2018 overall hit more than 71,300, up almost 76% on the previous year, while Zafira sales hit more than 30,300, around double what was sold in 2017.

The Rüsselsheim plant made 123,000 units overall last year, however, down 19,000 on the previous year’s tally. Of that figure, the company made over 67,000 Opel/Vauxhall Insignias and 28,000 Opel/Vauxhall Zafiras, alongside around 28,000 vehicles for third parties, which were unspecified but likely to be Groupe PSA models.