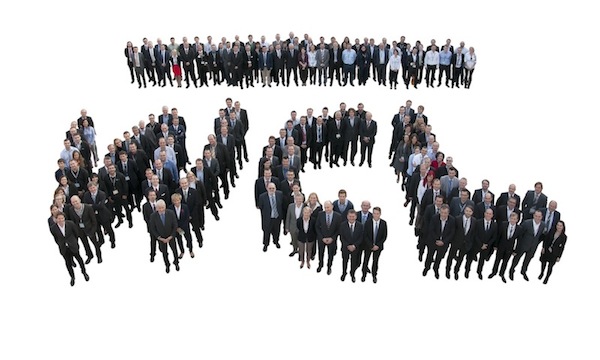 Logistics provider Kuehne and Nagel and compressor and valve supplier Ventrex Automotive have been awarded innovation awards by Magna Logistics Europe (MLE) and the Autocluster Styria (ACstyria), the logistics planning and purchasing arm for the greater European region at Magna International and the Styrian network of over 180 partner companies within the automotive industry. Kuehne and Nagel’s east European division was the top winner in the ‘Process Innovation’ category for its logistics monitoring systems, while Ventrex won for technology to regulate pressure in natural gas powered vehicles.

The awards were presented during the company’s third annual Magna Logistics Days, held in Leibnitz, Austria. It was the first time that Magna gave away such awards. Companies submitted cases for consideration; the winners were selected based on their products’ innovation, and not necessarily because Magna uses them.

Kuehne and Nagel, which has its eastern European division headquarters in Vienna, Austria, won the award thanks to a solution that increased visibility of logistics cost as well as lowered total supply chain costs. Kuehne and Nagel established a control tower to monitor and manage all shipment flows, and also implemented a web-based transport order system for the supply base. The solution resulted in savings of around 15% in the supply chain.

Kuehne and Nagel is a significant logistics provider to Magna across Europe and Russia, including the consolidation of a large number of flows destined for Magna’s Russia plants at a crossdock in Chemnitz, in eastern Germany.

Ventrex’s award in technological innovation was more specific to the overall reduction of pollutant emissions from vehicles rather than only in logistics. The company has developed a pressure regulator that supports natural gas powered vehicles. Ventrex, based in Graz, Austria, has built the system using mechatronic components that control the electronic gas pressure regulation in such vehicles.

Günther Apfalter, president of both Magna International in Europe and of the tier supplier’s contract manufacturing and engineering division, Magna Steyr, who spoke at the awards ceremony, pointed out that innovation among its logistics providers and technology suppliers was critical to Magna’s success in Europe. “The innovation coming out of Europe is part of what helps Magna be a forward-looking company,” he said.

He added that the imperative to reduce carbon emissions was making logistics even more important to the automotive industry. In an interview with Automotive Logistics, he said logistics was among Magna’s top five priorities in Europe.

Klaus Iffland, vice-president of purchasing and logistics for Magna International Europe, added that Magna was implementing ‘World Class Manufacturing’ principles across its production network, which includes the use of lean and just-in-time processes. “In working with our logistics providers, we are also striving for ‘world class logistics’ at Magna,” he said.

The Magna Logistics Days, held in October, drew more than 200 participants from across Magna International divisions in Europe and from the tier supplier’s logistics providers. The event featured exhibitions from a number of important providers to the company, including Kuehne and Nagel, Panalpina, Quehenberger, DB Schenker and Duvenbeck.