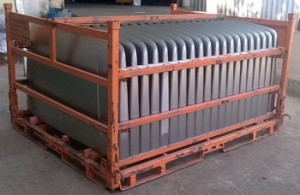 Over the next five years Mahindra and Mahindra plans to reduce its supplier base by 10% each year, decreasing its total number of suppliers from 650 to 450. The announcement was made by Hemant Sikka, chief purchasing officer of automotive and farm equipment, last week.

Mahindra has centralised the purchasing of parts across its two-wheelers, commercial vehicles, passenger vehicles and tractors, after integrating its two-wheeler and truck business into its parent company over the past year and a half.

The company’s newly adopted sourcing strategy should help the company to reduce at least 2-3% of the cost of purchasing from component makers who supply parts to models across the segments. Mahindra said this will enable it to make its supply chain more efficient.

Although executives at Mahindra could not comment at this time as to what the impact of the new sourcing strategy would mean for logistics, it could be expected that in reducing the number of suppliers by around 200, the manufacturer will be dealing with more shared suppliers across its divisions, and thus may be able to consolidate logistics loads between suppliers and providers. This could in turn help to bring down costs, and boost efficiency across the board. The suppliers, meanwhile, will be dealing with a centralised purchasing department, rather than the previous three different sourcing departments.

Also this week, Mahindra and Mahindra announced that it was purchasing a 51% stake in Peugeot Motorcycles, giving it control of the French group's scooter unit. The unit sold 79,000 units last year, and currently has production at a factory in France and a joint venture in China.