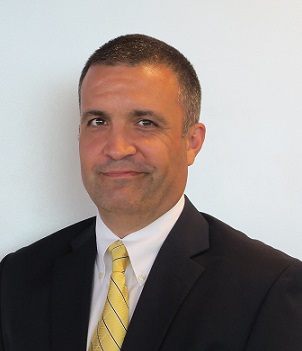 Mark Boucher (left) is now general manager of vehicle logistics for the Volkswagen Group of America, based in Herndon, Virginia. Boucher leads the company’s outbound logistics team and has responsibility for the finished vehicles supply chain from factories through to dealer delivery in the US.

Boucher, who has been with the company since 2008, has considerable experience in managing finished vehicle port and rail operations both at the carmaker and previously at Class 1 railway Norfolk Southern, where he worked for eight years in the automotive group prior to joining Volkswagen. He was most recently senior manager of port operations and metrics.

Volkswagen Group of America has hired Heather Gilhuly as to take over Boucher’s previous role as senior manager of port operations and metrics. Gilhuly has more than 20 years of experience with the Volkswagen Group, including having spent the last 5-plus years working for the Audi Brand distribution team. “We are very happy to have her working with us,” said Boucher.

Global coordination into the US

In his new role, Boucher is in charge of directing logistics strategy, network development and implementation. “I also provide leadership in translating brand objectives into logistics solutions,” Boucher told Automotive Logistics. He reports to Anu Goel, vice-president of parts and vehicle logistics for group after sales, at Volkswagen Group of America.

The vehicle logistics team in Herndon coordinates logistics for deliveries to US dealers for Volkswagen, Audi and other brand vehicles from Europe and around the world, as well as group factories in North America, including the Volkswagen plants in Chattanooga, Tennessee and Puebla, Mexico and from the upcoming Audi factory in San José Chiapa, Mexico. The team is also involved in coordinating North American-built vehicles to Canada and other export destinations.

“I maintain a close and effective working relationship with our VW logistics colleagues in Germany, Mexico and Canada,” said Boucher.

His appointment also follows a change in management at the top of Volkswagen Group’s vehicle logistics, after Markus Lange was recently made head outbound for Volkswagen Konzernlogistik (group logistics), the Wolfsburg, Germany-based management arm responsible for the carmaker’s inbound and outbound planning and purchasing. He replaced Andrea Eck, who had held the role since 2006, and is now head of the Logistics Campus at the Volkswagen Academy, a training and innovation centre.

Mark Boucher joined Volkswagen Group of America in 2008 as a senior transportation analyst, where he had responsibility for purchasing logistics services for Volkswagen Group brand vehicles, and also managed the North American rail network. He was later promoted to lead port operations, where he was responsible for managing the corporate staff and port managers supporting port operations, which included managing railhead operations, port policies and procedures, damage prevention and maintaining the data integrity of logistics systems.

Boucher earned his BBA in management from James Madison University in Virginia, and completed an MBA at the College of William & Mary, also in the state.