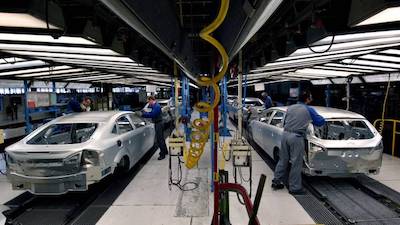 European Union (EU) measures to protect the steel industry “pose a real risk” to the competitiveness of the region’s car sector, according to Erik Jonnaert, secretary-general of the European Automobile Manufacturers’ Association (ACEA).

A total of 26 categories of steel from all countries will be limited to a quota, based on the average of imports into the EU over the last three years. When shipments surpass the quota, the steel will be subject to a 25% duty.

The European Commission (EC) argues the safeguards, due to take effect in early February and last until July 2021, have been designed to preserve traditional trade flows and strike a balance between the interest of European steel producers and users.

The motive is designed to shield Europe’s steelmakers from diverted shipments of the metal after Donald Trump imposed tariffs of 25% on steel shipped into the US last year.

But ACEA is less certain. As other sectors will be competing for tariff-free steel, the quota’s usefulness to automobile manufacturers will be reduced.

As the region’s vehicle manufacturers source around 94% of their steel in the EU, association members are most concerned about the safeguards’ impact on access to European-made steel and the inflationary effect it will have on prices.

“The cost of automotive grades of steel has been consistently high for several years and delivery lead times have lengthened considerably,” said ACEA.

With consolidation in the regional steel industry, the pool of EU producers is becoming smaller and scarce capacity for automotive steel is getting ever tighter, it argued.

The association was commenting after EU member states agreed to adopt EC proposals to apply definitive safeguards on steel imports.

Jonnaert also said the EU’s steel safeguards come at a time when the industry “has to contend with major trade-related challenges: the threat of tariffs on imports of vehicles and parts to the US, the decline in the Chinese market, not to mention the prospect of a no-deal Brexit.”

Meanwhile, the EC has adopted negotiating mandates to eliminate tariffs in all industrial goods, including cars, with the US, but also warned preparations to retaliate are “very well advanced” if Washington decides to impose fresh duties on European cars.

“We believe that a balanced, mutually beneficial agreement with the US can be reached and then we will include [the automotive] sector,” trade commissioner Cecilia Malmström was quoted as saying by European political journal Euractiv.