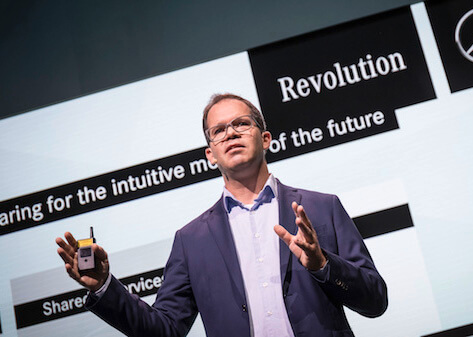 Mercedes-Benz Cars has said it is advancing its ‘Case’ (connectivity, autonomous, shared & services, and electric) strategy by making its supplier network more international and flexible, and placing greater emphasis on localisation.

In addition to expanding its 2,000-strong global network of suppliers, the German OEM is pursuing a policy of sourcing parts wherever its vehicles are produced, to minimise its vulnerability to political developments such as trade conflicts.

“At Mercedes-Benz Cars, we generally aim to increase the degree of localisation wherever we produce,” confirmed Wilko Stark (pictured), purchasing and supplier quality member on the divisional board. “A central building block for this is the local proximity of suppliers to the production plants, so that parts can be produced and called up almost synchronously with production.

“We are already working with many global partners to achieve this. We give local and new partners the opportunity to position themselves with us internationally,” added Stark.

Using China as an example, the company said it was using approximately 300 local suppliers to date, while the proportion of local sourcing for production at the Tuscaloosa plant in Alabama was higher than was currently required in the US, and the share of locally produced components was scheduled to “significantly” increase in the next five years.

“Growing flexibility in the supplier network is required not only by the transformation to electric mobility but also by volatile markets, by Mercedes-Benz Cars’ wide product range, and by the high variance of ever new functions,” stated the OEM.

“Together with our partners, we have made our supplier network more flexible in order to compensate for fluctuating volumes,” said Stark.

A flexible supply chain is also required to meet the company’s production strategy, as it needs to be able to switch between conventional and electric vehicles. By bundling component orders for conventional and electric vehicles with the same supplier, such as seats or head units, it is possible to react swiftly to customer demand and change between drive technologies. That provides greater planning security for suppliers and for Mercedes-Benz itself, said the OEM.

“Procurement makes a significant contribution to the implementation of the Case strategy,” said Stark.

An example of the importance parent company Daimler puts on procurement was its decision last year to buy battery cells costing more than €20 billion ($22.9 billion) over the next decade as it prepares to introduce 130 electrified variants of Mercedes-Benz cars by 2022.

Mercedes-Benz said it was also looking to sharpen up on efficiency gains through technical innovations developed jointly with suppliers.