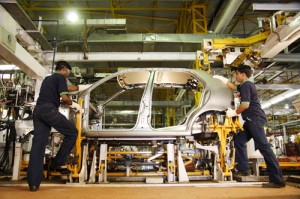 Between April and July this year, automotive exports from India – including finished vehicles, two- and three-wheelers, and parts and components – amounted to $2.78 billion. Of that, shipments to Mexico accounted for $501m.

Mexico was followed as an export market by Nepal and the UK, though both remain a long way behind. Exports to Nepal in the period were valued at $157m while those to the UK reached $130m, showed the EEPC India statistics.

The figures leave Mexico accounting for around 18% of India’s total auto exports, a spokesman for EEPC India pointed out, describing its share of exports as “significant”.

Consignments to Sri Lanka, South Africa and Bangladesh fell during the period, but these countries remain important markets for Indian auto exports, he added.

Finished vehicles, parts and components are now one of India’s leading engineering exports, being one of the few sectors to show a positive trend in the current financial year. During the April-July period, overall engineering exports fell by 5.82% to $20.27 billion, while automotive exports went up 4%.