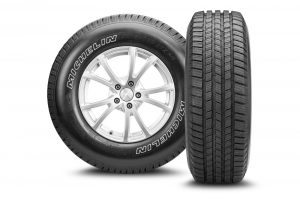 The distribution centre will include five buildings representing a total of around 3.3m sq.ft (306,600 sq.m), with the first phase due to begin operations in late 2017, and full completion by 2019. It will support the distribution of tyres under Michelin, BFGoodrich and Uniroyal brands.

Once operational, the distribution centre will represent an important new logistics hub in the company’s outbound supply chain. It will be located close to seven Michelin tyre plants across upstate South Carolina, as well as near the company’s North American headquarters in Greenville, and other Michelin facilities.

“The Spartanburg distribution facility will cap a multi-year evolution of Michelin’s distribution network in North America,” said Pete Selleck, chairman and president of Michelin North America, in a statement. “We see it as a transformational milestone designed to better serve our customers while optimising inventories and improving supply efficiency.”

Currently, tyres from Michelin plants move either directly from plants and through smaller warehouses. Eric Bruner, head of external communication for Michelin North America, confirmed that the new distribution centre would not impact that approach initially. "Other facilities will remain unchanged in the short term, but we expect to optimise the distribution network over the longer term," he told Automotive Logistics.

Logistics costs were not the main focus of the investment, he added. "The goal of the project is to help Michelin improve service to customers over the long term. Logistics and trucking costs were not the highest objectives for the programme," said Bruner.

Along with its plants in South Carolina, Michelin also plants in Georgia, North Carolina, Alabama, Kentucky, Indiana, Missouri and Oklahoma, as well as plant in Nova Scotia, Canada supplying the automotive, truck and aerospace sectors.

The Spartanburg centre will have important intermodal transport links; it is just south of Interstate 85 and other interstate and local highways. It is also close to the port of Charleston and the South Carolina Inland Port in Greer, which has a rail link to the port (and is a major hub for BMW’s nearby plant).

The proximity to South Carolina’s port infrastructure will allow the distribution centre to play a significant role in handling imported tyres for onward distribution, and for tyres Michelin exports from the US. Bruner confirmed that Michelin exports and imports a number of products to and from overseas markets through the port of Charleston.

Jim Newsome, president and chief executive officer of the South Carolina Port Authority, told The Post and Courier that Michelin’s automotive cluster in the state “provides importing and exporting benefits for the port, and we look forward to supporting Michelin’s growing volumes through our facilities in both Greer and Charleston”.

According to The Post and Courier, vehicle and truck tyres represented the second largest import commodity at the port of Charleston after automotive parts, handling nearly 45,000 containers last year. Tyres were the sixth largest export commodity, with nearly 26,800 containers shipped from the port last year.

The centre is also set to benefit from significant investment in automation and equipment. The Swisslog Group, a subsidiary of German equipment and automation provider Kuka, will automate distribution warehouse operations for receiving, tyre selection, sequencing and shipping, and will also provide warehouse management and controls software.

Support from the state

Michelin’s investment in the distribution centre has been supported by a number of local and state initiatives in South Carolina. For example, the Spartanburg County Council recently provided final approval of a ‘fee in lieu of taxes’ agreement, which Michelin said was a final key step in the project moving forward.

Officials at the state government also praised the project, which will create around 350 jobs, including governor Nikki Haley, along with the state secretary of commerce and Spartanburg’s economic development agency.

“We have worked with Michelin over many months to secure this project in South Carolina,” said Bobby Hitt, the state’s secretary of commerce. “An investment this size with this number of new jobs affirms the attractive business environment South Carolina offers to respected global corporations like Michelin.”

“This milestone results from the responsiveness of our Spartanburg team working with Michelin,” said David Britt, chairman of the Spartanburg County Council’s Economic Development Committee and Economic Futures Group board member. “We have worked closely with Michelin concerning multiple significant investments over 35 years, during which Michelin has established itself as a great corporate neighbour and citizen of our community.”

South Carolina has become a magnet for investment in the automotive supply chain. BMW’s Greer plant is now the carmaker’s largest globally; plans to add the X7 SUV to its line up will bring capacity to 450,000 units.

This past summer, German component supplier ThyssenKrupp opened a new distribution centre in Charleston to provide kitting, sequencing, export and other logistics services to and from the port of Charleston, mainly for vehicle and auto part producers.