Jürgen Wilder is expected to take over as the new chief executive officer of DB Schenker Rail from December 1st 2015.

The appointment has been approved by the DB Schenker Rail Supervisory Board.

Before DB Schenker, Wilder worked at Siemens where he held the position of chief executive officer of the global unit for high-speed, intercity and regional trains, as well as locomotives. As part of his role at Siemens, Wilder was responsible for the construction of the new ICx, which is scheduled to begin operating in Germany in late 2017.

Prior to his last position, Wilder held several other positions within the Siemens Group in Germany and abroad.

In his new position, Wilder will manage 31,000 employees across 15 European countries. He will replace Alexander Hedderich, who left DB at the end of August this year after 16 years at the company. He spent six years as the head of DB Schenker Rail.

Berthold Huber, member of the management board for Traffic and Transport said, "Jürgen Wilder is an internationally recognised rail expert and we are pleased that he will bring DB Schenker Rail and its European network back on track to success over the next few years." 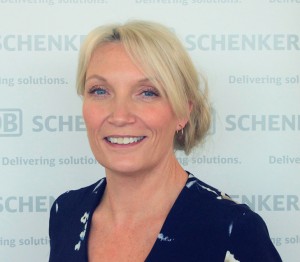 In other exectuvie developments at the company, Schenker Limited has announced that Alison Jackman has been appointed to the role of head of automotive for the UK.

In the past, Jackman has worked as a supply chain consultant for various companies, and was the global purchase and supply manager at Unipart between 2010 and 2012.

Francesco Fabbroni, sales director at Schenker said, “Alison has extensive supply chain experience within the automotive industry and before joining us has held a number of senior roles in major organisations.

“Furthermore, her wealth of knowledge of the end-to-end automotive supply chain will bring a lot of value to our customers and prospective clients.

“Alison is a tremendous addition to the UK team and I am confident that she will help us increase our customer base and achieve the ambitious growth objectives we have set ourselves in this important vertical industry for us.”