Nissan has announced a number of executive changes for its Americas regions with effect April 1st, including several promotions for supply chain management and logistics. 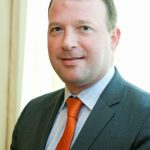 Chris Styles (pictured left) has been promoted to a newly created position as senior director of logistics for Nissan North America. Previously director of logistics, Styles has now assumed responsibility across Nissan’s Mexican operations, along with the US and Canada. 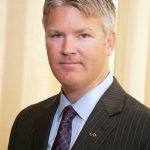 The new positions and added support for logistics reflect the growing importance of Mexico for Nissan, as well as its integration with operations in the US. In November last year, Nissan opened its third plant in Mexico and second in Aguascalientes, which has an initial capacity of 175,000 vehicles. The plant was the first phase in a $2 billion investment in Aguascalientes, which will bring production capacity in Mexico to 1m vehicles annually in the mid-term, from 850,000 today.

The plant includes a rail yard for moving finished vehicles and will include an adjacent supplier park.

Also at Nissan, Kim Less, currently senior manager of parts and service in the supply chain management division, has also been promoted to director of parts and distribution.

Effective April 1st, Renault and Nissan have brought together a number of departments that had previously been separate, including supply chain management.