Disruption to the production of cars in the US caused by the current parts shortages has also cast shadows over the outbound delivery process, according to speakers at last week’s Finished Vehicle Logistics North America conference, held in Newport Beach, California. 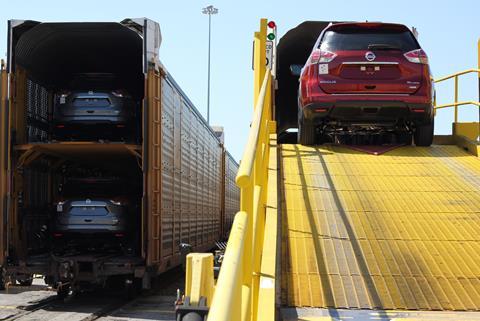 The carmaker is hoping to achieve greater visibility in its supply chains.

Carmakers do not have a clear picture of when parts, including semiconductors, will arrive for the assembly line or retrofit vehicles in temporary storage.

Tom Cook, business transformation manager for finished vehicle logistics at Nissan North America, said accurately assessing whether an assembly plant would reach the right output volume was made uncertain because of a lack of visibility on parts deliveries.

“We don’t know when we are going to receive that part and whether we will have the manpower in time to finish repairing the vehicles and ship them out,” he said, adding that it was unclear exactly when vehicles were being released from the factories and handed over to the finished vehicle logistics providers. “We don’t have clear visibility and it’s a challenge,” he admitted.

In response, Nissan is looking at the latest technology to gain greater visibility and conducting a detailed review of the outbound processes to identify where automation can make the delivery of vehicles more efficient.

“We are not along as far as some of the other OEMs but [visibility tools] are definitely for us in the future,” said Steve Jernigan, director of finished vehicle logistics at Nissan North America. “We are working on developing better visibility that, in the end, allows us to make decisions and understand where our inventories are, and where the exceptions are. Technology and visibility are a huge investment.”

That includes looking at route optimisation with its car carriers, with volumes allocated in mind of faster turnarounds for reloading and distribution.

What Nissan is doing to gain better visibility is digging into its outbound processes and reporting using real-time updates.

“Process is the key and that is really the approach we are taking,” said Cook. “We don’t want to support prescribed solutions or throw technology at it. What we are trying to do is review the process and see how the technology complements that, and [then] make smart decisions on how we move forward and do things with our internal analytics and processes.”

Cook said that Nissan North America was working through the fine details of its reporting processes and identifying the data sources used daily across every department, a task he described as tedious but very necessary in identifying where there was overlap and waste. Cook said that with accurate information on manual outbound processes reported and the data made available in the cloud, there would be some real progress at Nissan in making outbound deliveries more efficient. 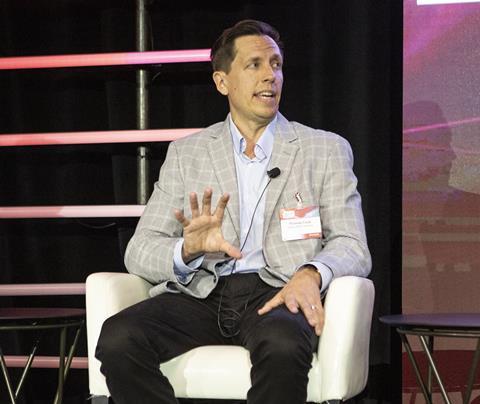 “Once we get through that daunting grudge detail… we are really going to see an evolution in getting to a rapid decision-making process,” said Cook. “That will free our analysts from doing the monotonous ad hoc, snapshot reporting to doing proactive predictive analysis [instead]. That is going to come very soon.”

Nissan aims to automate more manual processes, such as scanning vehicles off at handover points such as railheads.

“If you can automate then you are going to get much better and quicker in decision making and processing, and only leave the few essential manual processes that you may absolutely have to have,” he said.

Toward that, the carmaker is laying out process maps and looking at the actual vehicle flows. It is then analysing how reports are written and generated. Cook said with that information; teams were able to take quick-win steps and automate processes.

A better understanding of processes and greater visibility of the outbound supply chain is also crucial for vehicle damage management, especially at a time when vehicle inventory is low and every vehicle matters.

“Getting visibility on what the damage is so [the car is not just sitting there] and having a plan to deal with it is really important,” said Cook. “We want visibility and to make a decision on where to send it, whether to a vehicle processing centre for repair or straight to the dealer [to save time].”

Cook said that is where accurate information from its logistics partners, combined with potential data from the vehicle itself, would help expedite the process of repair and delivery. He pointed to the example of automated claims systems, with information on the quality of the vehicle captured by the latest imaging technology and an estimate generated more quickly by being automated. Once the claims process is moving and replacement parts are ordered and fitted, the vehicle can be delivered to the customer more quickly, rather than sitting around.

“Minimising the damages and eliminating them is number one but when we add visibility we can take action more quickly on those damages,” he said.

On the subject of potential data from the vehicle itself, Cook said the company was looking for greater use of telematics.

“We are running different trials right now on different models and trying to overlay the different data we are seeing on the vehicle with our processes, and then seeing where it lies in the key milestones of our processes.

Cook said he was currently supporting projects on geolocation-based use cases and working cross functionally to clarify the benefit for Nissan’s outbound logistics.

Overall, Cook said that incremental changes aimed at driving out waste through a better understanding of processes would chase the shadows cast over outbound logistics by the current disruption.

“Just those incremental improvements, even if they seem very small, if done every day will add up at the end of the year into significant change and improvement,” he said. “If we just stay focused on continuous improvement and driving out inefficiencies – and data is going to help us identify where those inefficiencies are – it is definitely going to be brighter.”