GM, Toyota and several tier automotive suppliers are amongst those companies affected by the impact of several tornadoes that devastated the US Midwest and southern regions over the weekend (December 10-11).

The tornadoes caused widespread destruction and fatalities now estimated to be above 100 across six states. The states of Arkansas, Illinois, Kentucky, Mississippi, Missouri and Tennessee were all affected to a greater or lesser degree. President Biden has declared Kentucky “a major federal disaster”. 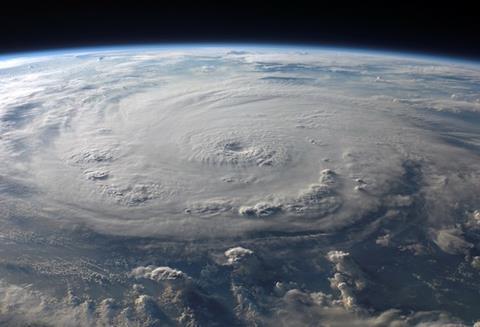 As companies assess the full extent of the damage, GM’s plant in Bowling Green, Kentucky, which makes the Chevrolet Corvette, has had to cut production for the week because of fire damage the plant sustained as result of being hit by one tornado.

In a statement the company said: “We can confirm that the fire that took place as a result of the tornado activity at Bowling Green Assembly plant early Saturday morning (December 11) has caused damage to the facility, including the roof and an employee entrance. The small number of employees that were onsite are all safe.”

The carmaker went on to say that it was cancelling production on the first and second shift for the week of December 13 as teams worked to get tooling, equipment and the facility space up to standard. “Maintaining a safe work environment for plant employees is our top priority,” said the company.

The Bowling Green plant makes the Corvette Stingray, Z06, Grand Sport and ZRI, as well as the engines powering the vehicles. The plant employs around 1,400 staff.

The plant is surrounded by several supplier facilities. They include a metal-forming subsidiary of tier one supplier Magna. According to a report from risk management company, Everstream Analytics, other supplier plants in Bowling Green belong to Android Industries, Cannon Automotive Solutions, Shiloh Industries, Bilstein Group, Constellium Bowling Green and American Howa Kentucky.

TMS Automotive, which provides warehousing, sequencing and sub-assembly services, also has a facility in Bowling Green, Kentucky, which has been almost completely destroyed, according to local reports.

Elsewhere, Toyota said it was continuing to assess the situation but reported that the impact on operations across the region appeared to be minimal with no known team members affected. In a statement it added that it was not aware of any impact on suppliers but did recognise that many of the dealers across the areas affected were without power and at least one had sustained facility damage.

“The impact of the tornadoes and loss of life is devastating and tragic,” said a spokesperson for the carmaker. “We would like to express our gratitude to first responders and others that are helping those affected by the tornadoes.”

The extreme weather is the latest on a number of such events that have disrupted automotive production and logistics in the US over the last year. Last month torrential rain and flooding in the Canadian province of British Columbia disrupted rail and road links to the port of Vancouver, leading to congestion at terminals and stopping all inbound shipments of finished vehicles and parts. At the beginning of the year severe weather conditions in the US state of Texas closed down manufacturing locations, including vehicle and parts supplier plants, as well as disrupting delivery routes.

In its outlook, Everstream Analytics said damage assessments were ongoing and further reports of damaged industrial facilities were expected, with a focus the industrial areas in Edwardsville, Illinois and Bowling Green, Kentucky because of the large concentration of automotive companies and consumer goods warehouses.