A visible improvement at Nissan

At the most recent Finished Vehicle Logistics North America in California, leaders from Nissan North America discussed the processes and technology they were putting in place to make vehicle delivery a lot more accurate. Marcus Williams reports 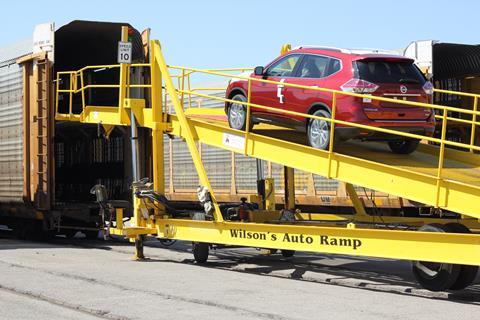 The battle against supply chain disruption in the automotive industry is set to continue well into 2022 but Nissan North America is standing its ground by putting in place more strategic processes backed up by the latest technology to provide better visibility and predictive analysis.

The carmaker is conducting a detailed review of the outbound processes to identify where automation can make the delivery of vehicles more efficient. It is also testing the new processes through series of projects.

“We are not along as far as some of the other OEMs but [visibility tools] are definitely for us the future,” said Steve Jernigan, director of finished vehicle logistics at Nissan North America. “We are working on developing better visibility that, in the end, allows us to make decisions and understand where our inventories are, and where the exceptions are. Technology and visibility are a huge investment.”

That includes Nissan looking at route optimisation with its car carriers, with volumes allocated in mind of faster turnarounds for reloading and distribution. What Nissan is doing to gain this better visibility is digging into its outbound processes and reporting using real-time updates. 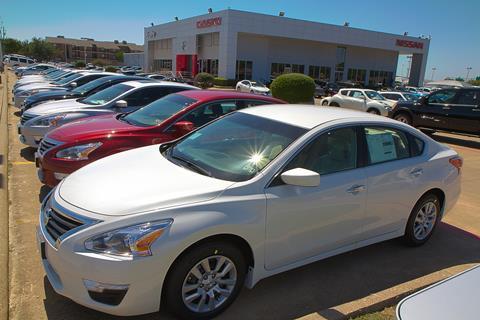 Process transformation
As with most carmakers, Nissan has traditionally relied a lot on manual reporting, spreadsheets and batch data. It still relying on such tasks as manual scanning at rail heads and other handover points for example. However, all that is all beginning to change. The carmaker has reviewed its reporting and planning processes, and is now using more digital tools to run reports and update them in real time. It is not waiting overnight for information from its supply chain partners and can act more promptly to deal with any problems.

“We are seeing this come into play a lot more and our team is focusing on digging into our report-making process – process is the key,” said Tom Cook, business transformation manager for finished vehicle logistics at Nissan North America. “What we are trying to do is review the process and see how the technology complements that. [That is enabling us] to make smart decisions on how we move forward.”

There is a lot of groundwork involved in moving away from manual processes to more automated proactive and predictive analysis. Nissan is dogmatically reviewing its traditional reporting processes across every department and identifying data sources, and where there maybe overlap and waste

Teams in each department are mapping out the process and identifying where quick-win steps to automate can be taken. The company is putting all of the information generated from its supply chain operations in the cloud and making it instantly accessible to all parties involved.

“Once we get through that daunting grudge detail of understanding we are really going to see an evolution in getting to a rapid decision-making process,” said Cook. “Then we can free our analysts from doing the monotonous ad hoc, snapshot reporting and get them doing proactive predictive analysis. That is going to come very soon.”

”We are really going to see an evolution in getting to a rapid decision-making process. Then we can free our analysts from doing the monotonous ad hoc, snapshot reporting and get them doing proactive predictive analysis. That is going to come very soon” – Tom Cook, Nissan North America

Going through that grudge detail is exposing the dark spots in Nissan’s day-to-day inbound and outbound supply chain operations. Cook said information on assembly volume and parts received needs to be improved. 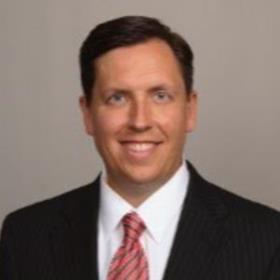 “We don’t know when we are going to receive those parts and whether we will have the manpower in time to finish repairing the vehicles and ship them out,” he said, adding there are dark pockets in the handover from manufacturing to outbound logistics. “We don’t have clear visibility and it’s a challenge.”

Damage limitation
It is certainly a challenge at a time when dealer inventory in the US is very low and car buyers are waiting weeks or months for the vehicle they want. Every single vehicle is important right now and better visibility on the status of a vehicle, whether it needs repair for instance, speeds up the delivery process and means the car is not just sitting invisible in a lot somewhere.

“Having a plan to deal with it is really important,” said Cook. “We want visibility and to make a decision on where to send [the vehicle], whether to a VPC [vehicle processing centre] for repair or maybe straight to the dealer, who may get the service part more quickly.”

Minimising damage is a number one priority at Nissan and better visibility means the carmaker is able to take action more quickly.

Jernigan said Nissan was still using antiquated systems that meant on occasion that the company did not find out for weeks about certain damage issues.

“The reporting goes through a separate system and it is just a slow process,” he admits. “Then we might suddenly have 100 dealers complaining about damage when we should have had visibility up front.”

Jernigan said getting more accurate data, which is what Nissan is now working on, reveals damage trends earlier.

“I can get information on model and colour, where the unit was loaded and where it was going,” he added. “Then you can analyse that data and start to see what the issue is and put a solution in before you have such a large problem.”

Cook said that is where information from its logistics partners combined with potential data from the vehicle itself becomes crucial. By example he cited automated claims systems, where an operative can take a picture, generate the estimate, get the claims process moving and then get the car in for repair. 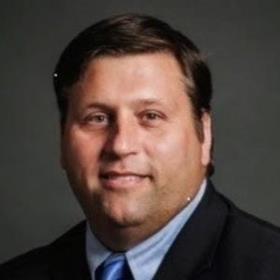 “Next you can order in the part quicker, so the vehicles are not sitting a long time and instead getting to the customer more quickly,” said Cook. “Predictive is the most important part of that.”

Making the process more predictable, especially for the customer, is also why Nissan is working toward precise ETAs. At the moment, the delivery of vehicles is lacking any accuracy compared to other industries.

“Shipping now has more visibility and really precise ETAs is where we have to go,” said Jernigan. “But we have changed ETAs on a vehicle with dealerships as much as 15 to 20 times in some cases; it is absolutely insane.”

For Jernigan every vehicle not delivered is a lost sale so they need to get to the dealer as quickly as possible and that is one of Nissan’s main priorities right now.

Outbound whiplash
A more efficient delivery process is also going to be essential as production volumes recover. Nissan has seen another quarterly increase in overall production at its plants in North America but full capacity will not be reached until next year. However, it is now questionable whether there will be sufficient transport capacity to actually move the vehicles to the dealerships, with bottlenecks already reported. Jernigan expects the crisis currently impacting inbound supply to shift to the outbound sector.

“Eventually the containers that are sitting at ports will get through and we’ll have the parts to build the cars,” he said. “The whiplash into outbound is where we are going to see the hit next.”

According to Jernigan the haulaway sector could have lost as much as 30% of its driver pool in some locations over the course of the pandemic. The sector was already haemorrhaging talent and the driver shortage is now perhaps the biggest problem facing the outbound sector, according to Jernigan.

“Eventually the containers that are sitting at ports will get through and we’ll have the parts to build the cars The whiplash into outbound is where we are going to see the hit next” – Steve Jernigan, Nissan North America 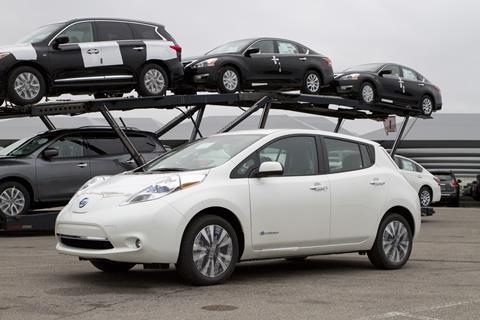 In its recent Top Industry Issues report, the American Transportation Research Institute (Atri) reported that there is now a record shortfall of 80,000 professional drivers across the haulage sector. That shortage is being felt strongly in finished vehicle sector as skilled but homesick long-distance drivers leave for alternative short-haul freight jobs for companies such as Amazon, or leave the haulage industry completely.

In the Atri study the driver shortage topped the list of industry concerns for the fifth year in a row. The shortage of drivers received more than four times as many first-place votes as the number two issue of driver retention.

“We are going to struggle,” admitted Jernigan. “We’ve had a lot of conversations about what we can do and we will continue to focus on it but we will see really tight capacity.”

Proactive strategies
To get proactive on that potential crisis Nissan is running a number of projects to build in greater efficiency in the delivery process. It is working with carriers on route optimisation and faster turnarounds.

The carmaker is also looking at alternative equipment and delivery options, including wedge trailers for smaller volume deliveries. Wedge trailers typically have capacity for three vehicles and can be pulled by a conventional pick-up.

“At certain locations it makes sense,” said Jernigan. It gives us additional capacity that we don’t have now.”

Another area of study is in outbound deliveries through the use of better geolocation technology.

“I am supporting some projects right now on geolocation-based use cases and working cross-functionally to clarify the benefit and get visibility on where the value is from a logistics perspective,” said Cook.

The projects involve different models and Nissan is working to overlay the different data on each vehicle and see where it lies in the key milestones of the outbound delivery processes.

”I am supporting some projects right now on geolocation-based use cases and working cross-functionally to clarify the benefit and get visibility on where the value is from a logistics perspective” – Tom Cook, Nissan North America

“Cars key off and load on a truck but then that truck is going to yard exit,” notes Cook. “We are looking at what visibility we have and where we need to go to move forward.”

Intermediate hubs
Gaining visibility there, including through the use of telematics, is helping to inform Nissan’s delivery strategy and how to optimise those deliveries, including through use of intermediate hubs. Nissan is focused on getting more efficient in its finished vehicle deliveries for the benefit of both then end customer and the transport providers. Cook said optimising the intermediate stages of delivery is a must. In fact, that is part of the 18-month project the company has undertaken with two of its transport providers – CAR Transport and Hansen and Adkins – and Georgia Institute of Technology.

As reported earlier this year, Nissan is using the latest technology to develop a transit hub network in south-east region of the US (but including Texas). The project aims to break down the stages involved in the delivery of finished vehicles to make the process more efficient and manageable. The project is due to be complete by the first quarter of 2022.

This and other projects at Nissan are shining a light into previously obscure parts of the delivery process, both inbound and outbound, and despite the disruption affecting the industry at the moment the future looks bright.

“There is such a focus now on being more efficient and effective at what we do,” said Cook. “[We are] eliminating waste from processes and staying focused on continual improvements.”

Even small incremental improvements if done every day promise to add up at the end of the year into significant change for the better.

“If we just stay focused on continuous improvement and driving out inefficiencies – data is going to help us identify where those inefficiencies are – it is definitely going to be brighter,” said Cook.