Toyota is once again scaling back production next month amid ongoing pandemic and microchip shortage problems.

The Japanese automaker had initially planned to produce approximately 1m units in November. However, since part shortages are ongoing and previous production shortfalls can’t be substituted, the company has adjusted the target down to between 850,000 and 900,000 for the month, down between 10-15% on its original target. 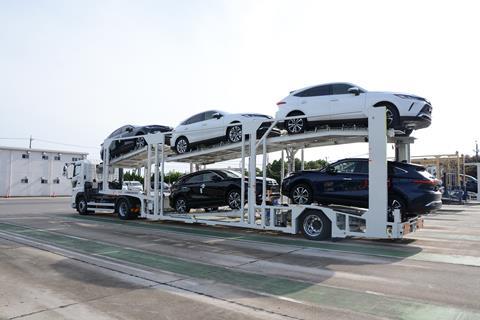 Around 50,000 units in Japan will be lost (across five plants), and between 50,000 and 100,000 units will be impacted overseas, compared to the original production plan.

Toyota production has remained below planned levels since August this year. The company said in a statement it had been cooperating with suppliers to “[thoroughly examine] each and every case of possible parts shortage in the supply chain”.

The company pledged to continue efforts to strengthen its supply chain and implement Covid safety measures both at Toyota plants and those of its suppliers. However, the company also said it expects the shortage of semiconductors to continue in the long-term, and therefore will consider the use of substitutes where possible. This is intended to ensure that many cars are delivered to customers as quickly as possible.

Abnormal flexibility
This is not the first time Toyota has had to make cuts to its planned output. In September, it announced it would be dropping its global production for October by 330,000 units because of the spread of Covid-19 in South-East Asia and the supply shortage of semiconductor chips.

On an optimistic note, however, the OEM expects to maintain around 9m units of production for full-year production to March 31, 2022 thanks to the easing of Covid-19 restrictions on production in that region.

“We don’t know when we will be back to normal or what normal will look like, but we all know that we have been very flexible through this period and we have to make sure that we continue to do that,” he said.

Brown added that the company was prioritising the use of big data, especially on the service parts side of the business, to help visualise supply chains and bypass the existing problems.