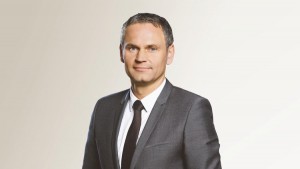 Dr Oliver Blume (pictured) is moving from his position as the executive in charge of Porsche’s production and logistics, to CEO of Porsche.

Dr Blume had been in his logistics role for just over two years, and during that time he oversaw the expansion of the OEM’s Leipzig plant to handle production of the Macan and Panamera, and the building of the workshop where the 918 Spyder is built by hand.

Dr Blume is replacing Matthias Muller, who is taking on the role as chief executive of the entire Volkswagen Group, following Martin Winterkorn’s resignation over the recent diesel emissions scandal.

Uwe Hück, chairman of the Group Works Council of Porsche, said, “Ever since 2010, Matthias Müller has been the driving force for great advances at Porsche. He embodies our Porsche DNA. We are not happy to see him go... But his successor is a Porsche person through and through.

Dr Blume’s successor as head of production and logistics will be named in the coming weeks.

Hück continued: “I think that appointing a production person to the top position is a strong statement. I am certain that Oliver Blume is the right choice for successfully continuing and further developing what we have built up together with Matthias Müller. If we want to follow through on our planned projects and assure our future, we need continuity.”

Porsche has plans to invest more than €1.1 billion ($1.2 billion) into its existing production sites over the next five years. The investment will go towards a new engine plant and a new body manufacturing plant at the carmaker’s main business site, and expansion of the assembly line in Zuffenhausen.