Amy Xiong has taken over as head of vehicle logistics at BYD Europe, the Chinese-owned electric vehicle (EV) manufacturer and battery supplier.

Xiong has been with the company for more almost 20 years, as long as BYD has been established in Europe, and was most recently logistics manager, a role she held for more than 11 years. She previously worked for parent group BYD in Shenzhen, China before transferring to the BYD Europe’s headquarters in Rotterdam, the Netherlands. 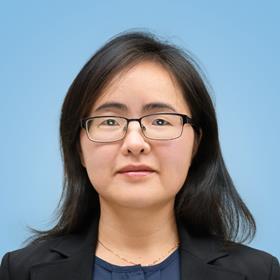 Since being there Xiong has worked across different products, including lithium batteries, passenger vehicles and electric buses.

In the new role Xiong will be responsible for overseeing all outbound movements in Europe. She will continue to work from the Netherlands.

Electric bus registrations in the EU increased by 48% in 2021 compared to 2020, with more than 3,280 e-buses delivered last year, according to Sustainable Bus. BYD was in the top three suppliers. That brings the number or electric buses registered on the continent since 2012 to over 8,500.