Anita Pieper (pictured) has moved from her role as vice-president of vehicle distribution at BMW Group to a new role leading plant logistics at the carmaker’s Leipzig plant in Germany. 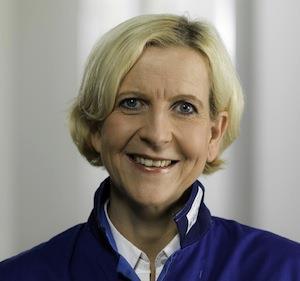 Eugen Schantini has taken over her previous role and will now be responsible for global vehicle logistics, including vehicle distribution centres (VDCs), plant yard and port terminal operations.

BMW’s vehicle distribution division is responsible for the full outbound logistics chain, from the end of assembly through to dealer delivery; the department also leads the planning and designing of the logistics network.

Anita Pieper was vice-president of vehicle distribution at BMW for four years. Her move to Leipzig marks a return to plant logistics, having previously been head of logistics and value-added production system (VPS) at BMW’s engine plant in Steyr, Austria, the carmaker’s largest engine factory globally.

In her career, Pieper has worked in logistics for other manufacturers including Ford, Valeo, Terex Cranes and Bosch. She joined BMW in 2014.

At normal capacity the 229-hectare BMW Leipzig plant makes around 1,000 vehicles a day.