Dr Anish Shah to lead Mahindra and Mahindra from April

Dr Anish Shah will take over as CEO and managing director of Indian vehicle maker Mahindra and Mahindra (M&M) from April this year. He replaces Pawan Goenka, who is retiring.

Dr Anish Shah (pictured) will take over as CEO and managing director of Indian vehicle maker Mahindra and Mahindra (M&M) from April this year. He replaces Pawan Goenka, who is retiring. 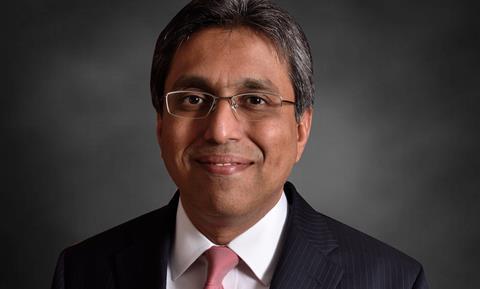 At the same time Dr Shah will be appointed chairman of the board at Mahindra Logistics, which provides third-party logistics services to a range of sectors, including automotive, as well as people transport services. Both roles are effective from April 2.

Dr Shah moves from his current role as deputy managing director and group chief financial officer of M&M. He joined Mahindra Group in 2015 as president of strategy, moving there from his job as president and CEO of GE Capital India.

In a statement Anand Mahindra, chairman of the Mahindra Group said: “Anish is the right leader for the Mahindra Group. As the MD and CEO, he will have complete oversight of all Mahindra Group businesses, including our global operations, the transformation agenda and, synergizing and driving several strategic programmes.”

He continued: “On behalf of the Board, I salute the work accomplished by Pawan throughout his 27-year career in the company, which has resulted in its strong growth. My gratitude to him for making the transition as smooth and seamless as possible throughout the last year.”

Last month M&M also announced that Manoj Bhat would become chief financial officer (CFO) for the Mahindra Group on April 2. Manoj will lead Mahindra Group’s Finance organisation working closely with the finance leadership teams of the group companies on strategy, governance and control. The company said he would also provide leadership on all aspects related to financial planning, analysis and reporting. He moves to the Mahindra Group from Tech Mahindra where he has been the CFO since June 2018.