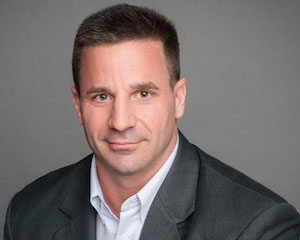 Carl Smiley (pictured) has moved from electronics supplier TE Connectivity to take the newly created role of chief purchasing and supply chain officer at Fiat Chrysler Automobiles (FCA). At the same time, Scott Thiele adds head of supply chain in North America to his responsibilities as head of purchasing for the region. Wendi Gentry-Stuenkel, who previously held that position, has moved to another company outside automotive, according to FCA.

Smiley brings a lot of automotive experience to FCA. At TE Connectivity he was senior vice-president and general manager for Asia Pacific and had been at the company since 2012. Prior to that, he held various global leadership roles at Magna Steyr, while also working as vice-president operations and purchasing, Asia, for Magna Powertrain, both of which are divisions of Magna International.

Smiley also previously held roles at GM in the US, Mexico and China.

“Carl brings significant global experience to FCA and to the GEC both in an operational capacity and as a proven automotive business leader,” said Mike Manley, CEO at the carmaker.

Smiley has also been appointed to FCA's Group Executive Council (GEC), the highest operational body within the company, a move that indicates the carmaker is bringing the purchasing and supply chain functions together on a global basis.

[mpu_ad]“As we take the company into the new year, we are deepening our bench of executive leaders while broadening the GEC’s purview by adding the supply chain management function,” said Manley.

Thiele, meanwhile, has been with FCA since 2007 in a range of purchasing and finance roles. He joined as director of metallic components purchasing (from consumer products maker Whirlpool) and was most recently chief purchasing officer, a role he assumed in 2016.

“Scott has been pivotal in bringing global consistency to our purchasing operations over the past few years,” said Manley. “Now, he will focus his efforts on driving innovation and intensifying collaboration with our suppliers in the North American region. He will also take the lead on the continued development of our North American supply chain,” said Manley.

Gentry-Stuenkel had been with the carmaker in various supply chain, purchasing and manufacturing roles since joining Chrysler in 1998, including as director of commercial operations for Chrysler Group, director of supplier delivery risk management and inter-regional flow, and earlier as senior manager for product development global sourcing. She became head of supply chain management at FCA – North America in the middle of 2017 taking over from Steve Beahm.

At last September's Automotive Logistics Global conference in Detroit, Gentry-Stuenkel was central to discussions about the shortage of skilled and unskilled labour currently impacting the automotive logistics industry.