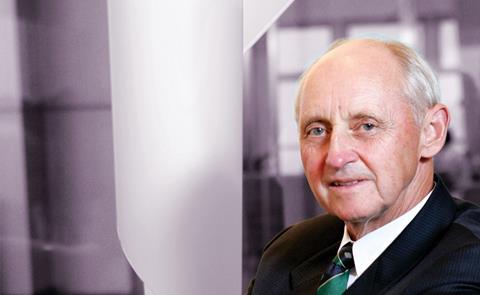 Wilhelmsen was instrumental in developing the traditional global liner company, founded by his great grandfather in 1861, into a one of the largest maritime industry groups with almost 15,000 employees in more than 70 countries.

From a very young age Wilhelmsen worked at the company eventually joining as partner when 27 years of age in 1964. In 1992, he became chairman and, except for a short spell as CEO, he held that post until 2010.

“His extensive network and business relationships in Norway and internationally have been essential in building the company [for] almost 60 years,” the group said, adding that he also steered it through many difficult situations, including the Partnair and Tampa incidents.

In the former, a plane the group hired from Norwegian airline Partnair crashed in the Skagerrak Strait off Norway, killing all 55 people on board, including 50 company staff. They were on the way to a ship christening in Germany and had been chosen by lottery for a trip which was meant to be a reward.

The Tampa incident relates to when the Wilhelmsen ship Tampa rescued 438 mainly Afghans from a distressed fishing vessel in international waters in 2001. The refuges wanted passage to nearby Christmas Island, but the Australian government refused entry into its territorial waters and deployed a special air service regiment to board the Tampa.

In addition to his Wilhelmsen group concerns, Wilhelm Wilhelmsen served on the boards of many companies and held honorary posts in several Norwegian and international shipping and maritime organisations.

He was a true believer in sharing some of the values his family generated, the group said. Through the Tom Wilhelmsen’s Stiftelse, a family foundation named after his father, he donated large sums to maritime and medical research, sports, culture, and humanitarian organisations

For his outstanding contribution to business and society, he received The Royal Norwegian Order of Saint Olav Knight 1st Class in 2007.

The company said he remained active until the day he passed away. He leaves his wife, Ninni, three children and eight grandchildren.