Xavier Leroi has taken up the role of chief operating officer (COO) for shipping at Wallenius Wilhelmsen (WW), replacing Erik Noeklebye, who announced his retirement from the company in June. Leroi takes up the role at the beginning of November.

Leroi moves from his role as chief customer officer at the maritime logistics service provider. It is the latest move for Leroi in a 25-year career with WW, covering assignments in Asia, South Africa and Europe across a range of areas in sales, business development and operations. 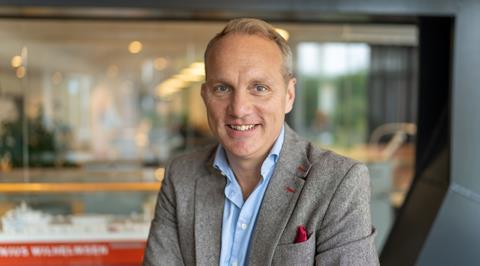 “When Erik Noeklebye announced that he was leaving in June, I said I would look internally for new candidates because I think it is important that we as a company fosters talents and provides career opportunities to our people,” said Lasse Kristoffersen, CEO of WW.

“Few people have a broader experience from this company than Xavier Leroi.”

Erik Noeklebye served WW for 25 years. His most recent role was as executive vice-president and COO of shipping services.

“I am grateful for the confidence and trust, and look very much forward to these new responsibilities,” said Leroi. “My predecessor Erik Noeklebye has laid a solid foundation, all the people and resources are in place, I look forward to embarking on this next leg of our journey together with the team.”