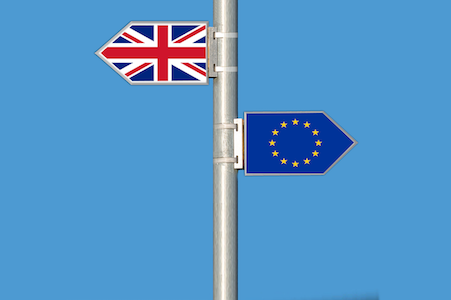 The UK government has confirmed that almost all imports from Europe will be the subject of trade barriers when the UK leaves the EU at the end of this year. All imported goods will need customs declarations and mandatory safety and security certificates.

For the automotive sector in the UK, which has called for the maintenance of frictionless trade between the UK and the EU, the announcement, made by Michael Gove on February 10 is a bad sign. Gove is the chancellor of the Duchy of Lancaster, and part of his responsibility is to advise the UK prime minister on policy development and implementation.

The situation is exacerbated by the admission, also made by Gove, that the technology needed to alleviate customs checks and other border management issues – a so-called ‘smart border’ – could take five years to set up.

While the UK government has said it wants to establish 10 freeports in the UK, meaning ports that have different customs rules than the rest of the country, as a way of boosting global trade, all that has been announced so far is a formal consultation that is due to close on April 20 this year. There is no indication of whether this would include ports that handle finished vehicle trade.

Elizabeth de Jong, UK policy director at the Freight Transport Association (FTA), said Gove’s assertion that there would be no extension to the transition period gave logistics providers a finite deadline but that efficient logistics was vital to keep the UK trading.

“As representatives of the logistics industry, we are naturally disappointed that the promise of frictionless trade has been replaced with a promise that trade will be as seamless as possible, but not until 2025, with a more realistic but costly “make do and mend” approach to be employed until then.”

Free flow of goods
The Society of Motor Manufacturers and Traders (SMMT) has repeatedly emphasised the need for free-flowing goods between the UK and EU since Brexit was first announced. Mike Hawes, chief executive at the SMMT, reiterated last month that tariffs on imports and exports, and potential delays to the movement of parts and vehicles, would be devastating for the UK car industry, which is already at its lowest level in a decade.

At the most recent SMMT meeting in London, Hawes said that output had been affected by factors including weakened consumer confidence, partly driven by Brexit. In response he said it was “essential we re-establish our global competitiveness and that starts with an ambitious free trade agreement with Europe, one that guarantees all automotive products can be bought and sold without additional tariffs or burdens”.

That message echoed statements made by a number of UK carmakers since it was announced the UK was leaving the EU. Back in 2018 Ralf Speth, CEO of Jaguar Land Rover, said that if the Brexit negotiations did not maintain free and frictionless trade with the EU and unrestricted access to the single market, the company and its partners in the supply chain faced an unpredictable future.

This week JLR indicated it was pinning its hopes on a free trade agreement with the EU.

“The UK can now move to the next stage in the negotiation of an ambitious free trade agreement with the EU, which will remain one of Jaguar Land Rover’s most important global trading partners,” said the carmaker in a statement. “We believe an agreement should provide optimum access for Jaguar Land Rover into European markets and for our European operations and supply chain into the UK.”

However, the next stage of negotiations could be difficult. On Monday this week French foreign minister Jean-Yves Le Drian said it would be difficult for the UK and the EU to agree on a free trade agreement by the end of this year. He went as far as saying that the two sides would “rip each other apart” as they strove for advantage on trade in the negotiations.

Carmakers committed
While it remained committed to Mini production in the UK, BMW’s Ian Robertson said previously that logistics delays would impact lean production, and would make its UK operations less competitive and costly. That was because of the need to invest in warehousing and customs systems. Meanwhile, Johan van Zyl, Toyota’s CEO in Europe, also said that a difficult Brexit would result in Toyota reviewing production plans.

Unfortunately, these messages seem to have fallen on deaf ears.

Following Gove’s announcement Toyota once again emphasised the point that free and frictionless trade is essential to the car industry.

“More recently, we welcomed the transition agreement which avoided a ‘cliff edge’ scenario, and hoped both the UK and EU would work to ensure an agreement that enabled our facilities in the UK to continue to be competitive in the longer term; that position hasn’t changed,” said a spokesperson for the carmaker. He added that Toyota had a long history of investing in the UK, something seen most recently with its major £240m ($297m) investment in the Burnaston factory in 2018 for assembly of the Corolla hybrid. The Corolla hybrid is built in the UK for the western European market.

At the time Johan van Zyl said the investment demonstrated the company was doing all it could to raise the competitiveness of the plant.

“Continued tariff- and-barrier free market access between the UK and Europe that is predictable and uncomplicated will be vital for future success.”

That now seems in doubt.