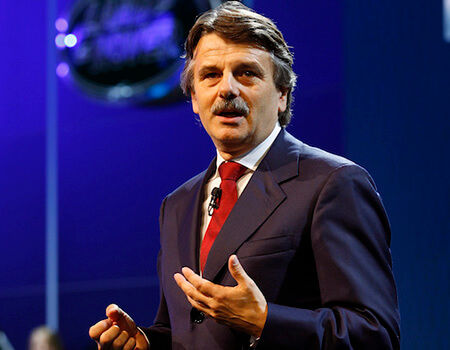 Jaguar Land Rover (JLR) has warned its plans to invest £80 billion ($105 billion) over the next five years in the UK are in jeopardy, due to continuing uncertainty over the terms of the nation’s exit from the EU.

Brexit could erode more than £1.2 billion from JLR’s bottom line each year, said Ralf Speth (pictured), CEO of Britain’s largest vehicle manufacturer, calling on the UK government to provide more certainty over Brexit as a matter of urgency.

Speth’s warning came just days before the UK government was expected to officially outline its proposed post-Brexit trading relationship with the EU.

“We and our partners in the supply chain face an unpredictable future, if the Brexit negotiations do not maintain free and frictionless trade with the EU and unrestricted access to the single market,” said Speth. “We urgently need greater certainty to continue to invest heavily in the UK and safeguard our suppliers, customers and 40,000 British-based employees.”

Counting those employed in JLR’s UK supply chain, the total number of jobs involved rises to 300,000, he added.

Though the company has a strong domestic supply base, more than 40% of the parts going into its cars are imported from Europe. In the financial year ending March 2018, the company spent £5.67 billion with UK suppliers and £5.37 billion with EU suppliers on production parts.

JLR sold more than 621,000 cars last year, 80% of which were exported to 130 countries with mainland Europe accounting for a fifth of all sales. One in three cars sold overseas from the UK is a Jaguar or Land Rover – and tariff-free, frictionless borders are seen as vital for that level of business to continue and expand.

According to JLR, its Solihull car plant – the UK’s largest – builds 1,500 cars a day using 15m components. “Any delay to parts delivery would force the suspension of production at a cost of £1.25m per hour,” it said.

A ‘bad’ Brexit, said Speth, would force the company to drastically adjust its spending profile.

“We have spent around £50 billion in the UK in the past five years – with plans for a further £80 billion more in the next five. This would be in jeopardy, should we be faced with the wrong outcome,” he said.

A bad Brexit could also compromise the country’s ability to lead on new technology, warned Speth.

“Electrification and connectivity offer significant economic and productivity opportunities – get Brexit wrong and British people, businesses and broader society lose the chance to lead in smart mobility,” he said.

Though owned by India’s Tata Group, Speth said Jaguar Land Rover’s heart and soul were in the UK. Manufacturing is centred in Britain, with additional plants in China, Brazil, Austria and Slovakia.

“I don’t want to threaten anybody, but we have to make transparent the implications of the move... We have to decide whether we bring additional vehicles and electric vehicles with new technology with batteries and motors into the UK,” Speth added, according to a report in the Financial Times.

[related_topics align="right" border="yes"]JLR would exit Britain if that were the only choice to save the company, said Speth, leading to plants in the UK closing down – something he said would be “very, very sad”. “This is hypothetical, and I hope it’s an option we never have to go for,” he added.

BMW, which produces the Mini in Britain, has said it, too, may scale back its British operations or even leave in a bad Brexit scenario. Carlos Ghosn, meanwhile, chairman and CEO of the Renault-Nissan Alliance, has said Nissan is reluctant to commit to further investments in the UK while it remains in the dark about the final Brexit deal.

Airbus, Siemens and a number of other other major companies more generally have also voiced concerns about the implications of the UK leaving the EU customs union and single market for their businesses.