Porsche appoints Reimold to executive role in Production and Logistics 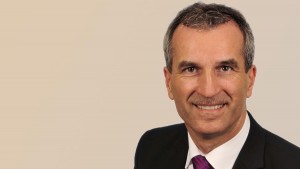 Porsche has appointed Albrecht Reimold to the position of member of the board for production and logistics.

In his new role, Reimold succeeds Oliver Blume, who has been the chairman of the Porsche executive board since October.

For the past four years, Reimold has managed the Volkswagen plant in Bratislava. He will now be moving to Stuttgart-Zuffenhausen, to take up his new post on February 1st, 2016.

Reimold started his career as a trainee at Audi. In 1993 he took over management of the A8 body construction unit in Neckarsulm, and five years later he took over the A2 manufacturing division. Since 2002, Reimold had responsibility for the production planning of the A6, A8 and R8 models, and he was also responsible for the Audi Neckarsulm plant’s planning division. He managed that for three years before being appointed as chairman of the executive board at Volkswagen Slovakia in Bratislava, and he also had responsibility for the production planning of the Changchun site in China.

Wolfgang Porsche, chairman of the supervisory board, Porsche said, “Over his many years of working in various roles at the Volkswagen Group, Albrecht Reimold has built up great knowledge. Porsche will benefit significant from that.”

Oliver Blume commented, “I have come to know Albrecht Reimold as a well-informed team player. For that reason too, he’s the right man for us. He knows that in order to achieve the best product quality it’s the people in the factories that matter.”

Jürgen Rittersberger has been appointed as executive manager for Porsche with immediate effect. Rittersberger has been with Porsche since 2002, working as a project manager in the Porsche process optimisation department, and then for five years as the head of central office at the then newly formed Porsche Automobil Holding. In 2010, Rittersberger moved back to Porsche and has worked until now as vice-president general secretariat and business development.