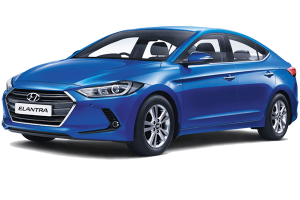 Hyundai Motor India (HMIL) has decided not to pursue a recent pilot scheme to despatch finished vehicles to Chennai port by rail.

Both the manufacturer and the port trust announced that Hyundai had sent 102 cars to the port by rail on November 27, with a further 125 cars the following day. These were stored at a newly surfaced parking area built at a cost of just over $5m. This 115,000 sq.m area was designed to accommodate finished vehicles, as well as machinery and project cargo.

Hyundai has historically relied on road transport to move vehicles to the port, but began the rail trial in response to congestion on main road routes and restrictions on sending car transporters through metropolitan areas during daylight hours. Despite the trial, the vast majority of the 4,025 finished vehicles despatched from the port on December 2 still arrived by road.

Anand Venkateswaran, the manufacturer’s senior general manager for sales logistics, told The Hindu newspaper: “Last week, we moved about 227 cars by rake from Sriperumbudur to Walajabad rail-auto hub and Tiruvallur, thinking it was the easiest way to move cars. Though it was technically feasible, it is not so commercially. Hence, we are going back to moving cars through trailers.”

Figures from HMIL show that rail transport cost 346% more than road transport, including an extra $59 per car for rail freight and loading/unloading; an extra $38 for port haulage; and $8 in charges levied by service providers. When applied to the 10,000-12,000 units shipped monthly by the OEM via Chennai, the sums simply didn’t add up.

In addition, the journey time by rail of around 24 hours compared unfavourably to the two hours taken to move vehicles 40km to the port by road from the company’s plant at Sriperumbudur.

HMIL is the only automotive manufacturer in the country that uses Chennai Port for exports; Ford, Nissan and Toyota all use Kamarajar Port instead.