German start-up Kopernikus has developed self-driving technology that can be used to move vehicles inside production facilities and workshops, and potentially even at ports 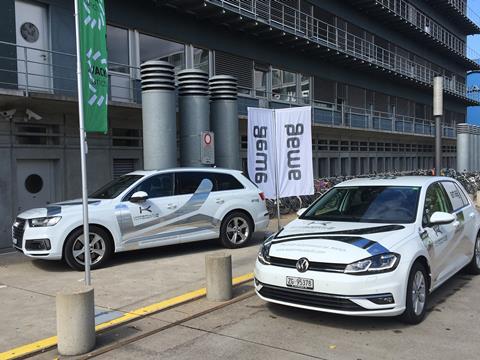 The push to get autonomous cars on the road is accelerating. Volvo and Uber have revealed a production-ready version of the self-driving vehicle they have been working on since 2016 and autonomous technology is being developed by BMW, Mercedes, Lexus and others.

According to a PwC survey, every fourth newly registered car in Europe could be equipped with technology that enables autonomous driving at level 4 or 5 (the highest level) as early as 2030. In the US alone, that share could be up to 10% of new car sales, and in China even slightly more than a third.

However, three years ago, Kopernikus founders, Stefan Jenzowsky and Tim von Toerne, questioned why Germany had so few start-ups in the domain of self-driving and whether all self-driving software would, and could be, written by OEMs. 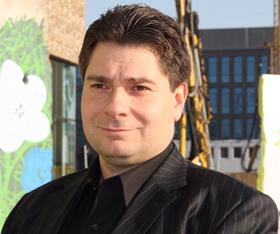 “We wanted to take today’s series production automobiles and make them self-driving by AI,” says MD Jenzowsky, formerly vice-president at Siemens. “We wanted to complement [existing] vehicles with a range of automated driving functions as quickly as possible.”

Having started out as ‘hackers’ building retro-fit kits to make cars self-driving, Kopernikus was “naïve” to think how long it would take to get the kit to market, according to Jenzowsky. “We changed the focus of our operation, which is very common in a start-up,” he says.”

Picturing the process
The company decided to create a middleware self-driving software solution. The technology is manufacturer-specific and can be adapted to various vehicle models and local conditions.

“We basically install cameras at an OEM’s repair facility or parking structure,” explains Jenzowsky. “These cameras allow us to run artificial neural networks very much like other companies do with onboard cameras.”

Companies including Argo and former Google self-driving project Waymo use onboard cameras, which usually sit behind the windscreen and map out a driveable path, detecting any obstacles.

“We do the same, but our cameras are in the facility,” continues Jenzowsky. “They’re on walls and they look like surveillance cameras.”

Using Nvidia hardware and software, which is built into the facility, the company uses a specialised wireless LAN to send commands to the vehicle. The software installed in the vehicle allows the car to be controlled from the outside.

“Imagine a repair facility that can autonomously call cars in to get repaired and then drive out again. Or a parking structure, which you park your car in front of and it will autonomously drive it in and store it until you come back’, explains Jenzowsky.

Kopernikus, based in Berlin, is already capable of enabling cars to drive autonomously on private premises, for example in factories or workshops.

Partnering with Porsche
The company has supplier status with several OEMs, including several brands of Volkswagen. It has also worked with Porsche to create a testing ground at the OEM’s base in Ludwigsburg, north of Stuttgart, Germany.

The two firms tested autonomous technology that allows cars to drive themselves from the carpark to the workshop, before being driven on to the inspection ramp remotely.

Imagine a repair facility that can autonomously call cars in to get repaired and then drive out again. Or a parking structure, which you park your car in front of and it will autonomously drive it in and store it until you come back - Stefan Jenzowsky, Kopernikus

During the collaboration, a vehicle technician used a tablet to summon the car and position it precisely on the ramp. Once the work was completed, the car could be lowered and driven back to the carpark in readiness for collection by the customer.

The companies implemented measures to guarantee safety in the practical implementation stage of the test run, including a speed limit of 7kph and the additional use of a human driver.

“We learnt a lot from working with Porsche,” says Jenzowsky. “The further intention is that the AI technology used for autonomous driving will then not only handle vehicle orientation, but also independently identify and localise objects–and plan paths automatically.”

Looking at logistics
One of Kopernikus’ top use cases is to give companies the chance to autonomously drive a vehicle out of the production facility. “With a few cameras we can oversee the entire finishing area after they get wheels on the car at the production plant,” says Jenzowsky. “With a few more cameras we can put them into logistics, so we can park these cars. We can bring them out if they need to be transported on a truck or a ship.”

The logistics process is something Jenzowsky suggests Kopernikus is “pretty good at”. The technology can even be used at ports. “There is a huge logistics process and unfortunately today there are also many cars damaged in the loading process, especially on ships,” he says. “Our technology is very well suited to be used at ports to load cars on and off ships. You just need to put our software into the vehicle at production.

An OEM can enable [AI technology] in its own production facility, leading them quickly into the future of autonomous driving with today’s vehicles - Stefan Jenzowsky, Kopernikus

“Using our system offers an immediate return on investment, with a full return on the entire investment within less than a year, due to the savings on human drivers. It’s very attractive for an OEM to equip their production facility this way because there’s a huge direct impact on the balance sheet,” he says.

There are other companies offering similar solutions, one of which is Steer in North America, which has created automated parking technology. “We have seen some approaches by some of the larger German tier ones, but we seem to be the most advanced in this area,” says Jenzowsky. “We haven’t seen any installation that can do it as easily or capably as us.”

Jenzowsky also points out that the technology can be scaled very easily, simply by adding more cameras and wireless LAN access points to the facility.

Testing technology
Kopernikus’ technology is currently only intended to be used for private property due to the worldwide legislation and certification processes, which are, according to Jenzowsky, “extremely slow and tedious when it comes to self-driving technology”.

“Self-driving technology is much further ahead than the legislators are,” he says. “If you look at the Audi A8, which has a high amount of AI in it, many of the intelligence cannot be turned on because the legislators are not ready.”

“So, this is why we first concentrated on private grounds. We have opted to go for the quickest route to market,” he states.

There is also the international aspect. “There is a legislator for every territory in the world,” says Jenzowsky, who points out that Nevada in the US allows testing of autonomous cars on public roads without a safety driver, while in India it is against the law to drive autonomously. Europe, meanwhile, is “light years behind” regarding self-driving legislation, according to Jenzowsky.

“There is not one AI system, not even Waymo that can drive the entire world today,” he continues. “However, our middleware allows software to be downloaded into the vehicle for different territories.”

Back to the future
“We don’t want to hack cars anymore like we did in the beginning,” says Jenzowsky. “[We] have to work with the OEMs to get our software safely in the vehicle and also to prevent anyone from using it to steal the car. We need a very smart architecture to prevent any accidents, but at the same time make logistics easier.”

The company is using software security company Verimatrix, which specialises in securing digital assets to ensure the download of its command sequence only comes to the relevant device.

Proportion of new cars in Europe that could be autonomous by 2030, according to PwC. For the US, the predicted level is 10%, while for China it is around 33%

In terms of development, Kopernikus has also been selected to join VW’s Incubator project at its Transparent Factory in Dresden, which supports innovative business ideas for future mobility. It will start work to develop its ideas for market with the support of the OEM and also Dresden’s business development team.

During the programme, Kopernikus will receive support from coaches and experts from the SpinLab, the HHL Accelerator scheme run by the HHL Leipzig Graduate School of Management.