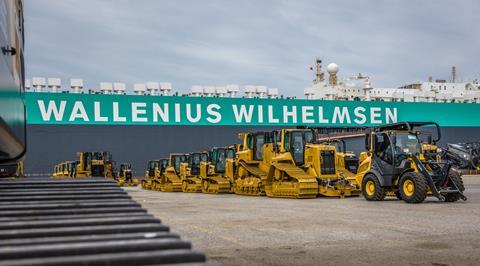 Maritime logistics provider Wallenius Wilhelmsen Ocean (WW Ocean) is providing a direct monthly service from the US and Mexico to the mining hub of Puerto Angamos in Chile.

Puerto Angamos is a privately owned port and started operations in 2003. It is equipped to handle mining equipment and breakbulk products.

Shipments from Europe, Asia and Oceania can connect to Angamos through transhipment at Manzanillo International Terminal in Panama.

According to WW Ocean, the terminal, which lies alongside the Chilean city of Mejillones, has good rail connections both to nearby Antofagasta and into the Chilean mining region, Bolivia and Argentina.

Antofagasta is the South American hub for machinery provider Komatsu and earthmoving specialist EPSA. Finning, the world’s largest Caterpillar dealer, is also based at La Negra, south of Antofagasta City.

Mejillones is the heart of the Chilean mining region and one of the most important areas for the production of copper. Chile produced 5.6m tonnes of copper in 2019, making it the world’s largest producer of the metal.