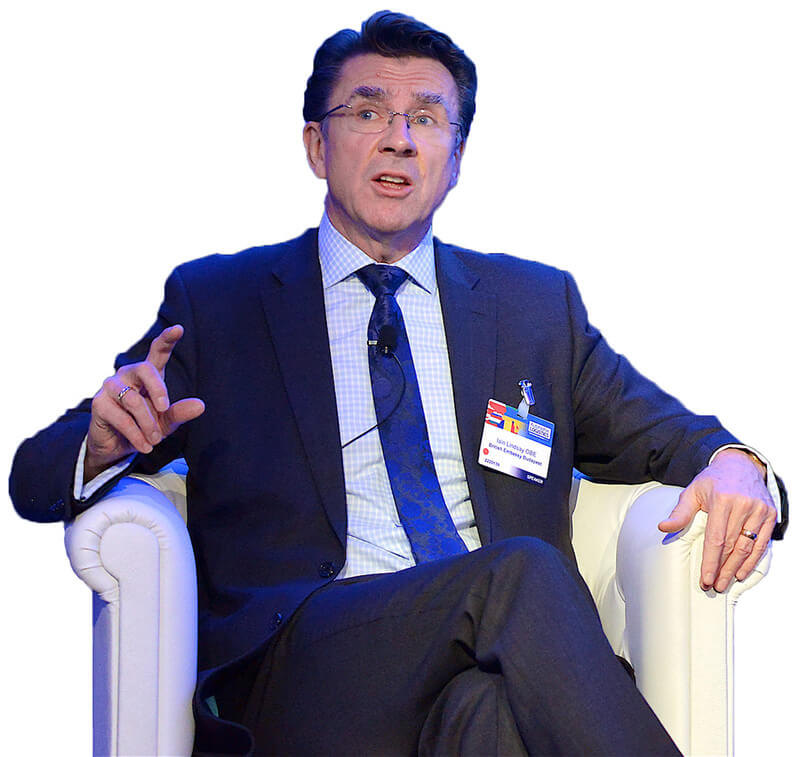 What do you say to potential investors who are concerned about what Brexit may mean for trade, particularly with the flow of goods and material being so essential to the automotive industry?Brexit is an issue that is at the heart of business concerns: what will it mean in terms of future business, short term and long term? The British Government and Britain want to continue to have a strong economic partnership with the European Union. We do not believe that our departure from the European Union should impact on the free movement of goods and services between the UK and the EU, for the simple reason that we depend upon each other.

[related_topics align=”right” border=”yes”]We want to have as close a trading relationship as possible with the European Union, and we want that to be as open as possible. We are a trading nation. We are the number one destination in Europe for foreign direct investment.

I sometimes think that the negotiations of our departure from the European Union would have been so much easier if they had been conducted by business people, on both sides. Because [companies] want to do business not just today, not just tomorrow, not just next week, next month, next year – [but] long term. And that’s what we want to have with the European Union.

During the implementation phase we want to negotiate the strongest possible agreement on trade, meaning goods and services. People say to us, “do you want a Canadian, Norwegian or Swiss agreement?”. Well, we’re not Canada, Norway or Switzerland. 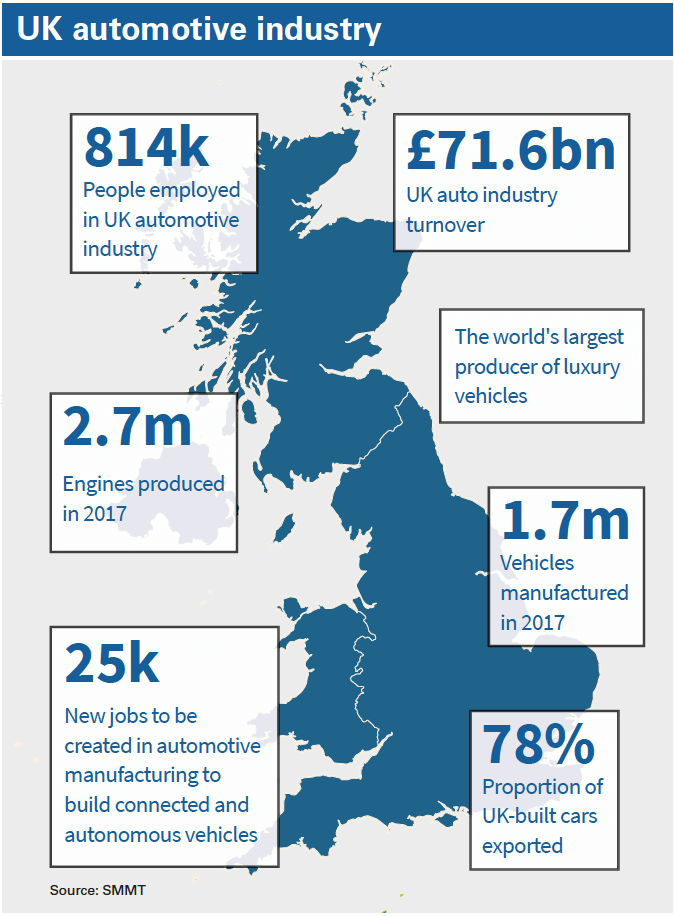 To start off with, we’re an existing member of the European Union; we’re in complete alignment with the rules and regulations of the European Union, so we start in a very different position. The Canadian agreement, for example, doesn’t cover services. Well, from the UK perspective, it would be economic madness to try to have an agreement that only focused on goods.

But we really do want a strong trading relationship, recognising that supply chains do not know borders. And for many companies already operating in the region, the supply chains through to UK partners are incredibly important – and vice-versa. For companies in the UK, the supply chain coming in from Germany, from Hungary, wherever it may be, is important. So we want to have the freest possible movement of goods and services.

As you mention, the supply chain is not just goods, it’s services and also talent. Given that the movement of labour is essential to the automotive supply chain, what do you say to the idea of more restrictions post-Brexit? The technologies the automotive industry is looking at now – electric and autonomous vehicles – are not based on one country’s skills and resources.I think it’s worth bearing in mind that Britain starts in a very different position from many countries, not just in this region but the whole of Europe. London is the capital of Europe, essentially – 8m people, 40% of whom were born overseas.

Britain still has net migration numbering hundreds of thousands each year. In other words, we are by nature a welcoming society and we always have been. Because, as a global power and [formerly] an imperial power, people from all over the world have settled and live in the UK.

Just a couple of months ago, the Independent Migration Advisory Committee published its first report on what Britain’s future migration flows should look like after we leave the European Union – after the implementation period [when] nothing changes.

[mpu_ad]So, what happens after 2020? Freedom of movement of labour will come to an end. And I think that does reflect the fact that in the British referendum, migration was a major issue. Not because people don’t want migration, but I suppose people will say we want less migration, as a country which every year brings in 200,000 people net – the size of a small Hungarian city – a country which on current UN population estimates will overtake Germany in the year 2050 as the most populous country in Europe. So our position is quite different from countries in [the Central and Eastern Europe] region who are looking at falling numbers and labour shortages. We don’t have that issue in the UK.

The Migration Advisory Committee has suggested that, as with countries like Australia, Canada, New Zealand – in other words, countries that have managed migration programmes – Britain should follow suit, whether we have a points-based system or a quota system. What they did say is that Britain should bring in people on the basis of skills, not on the basis of geography. In other words, no preference for citizens of the European Union, but based on the skills that Britain needs.

So I think we will continue to attract and we still want to attract people with the best skills. We benefit massively from the 3.5m European Union citizens that live in the UK, or the 5.5m people in total who were born overseas. Near 10% of our population was born overseas. They make a massive contribution.

When you look at British universities, they’re not Anglo-Celtic institutions. These are institutions where you’ve got people from all over the world. There is a school in Budapest called the Fazekas Mihály Gimnázium in Józsefváros, one of the poorer areas of the city. They send about 20 students to Cambridge University alone every year just to study physics and maths.

So, from this region, from across the world, we attract talent. We will want to continue to do so. But we will no longer have complete freedom of movement of labour. 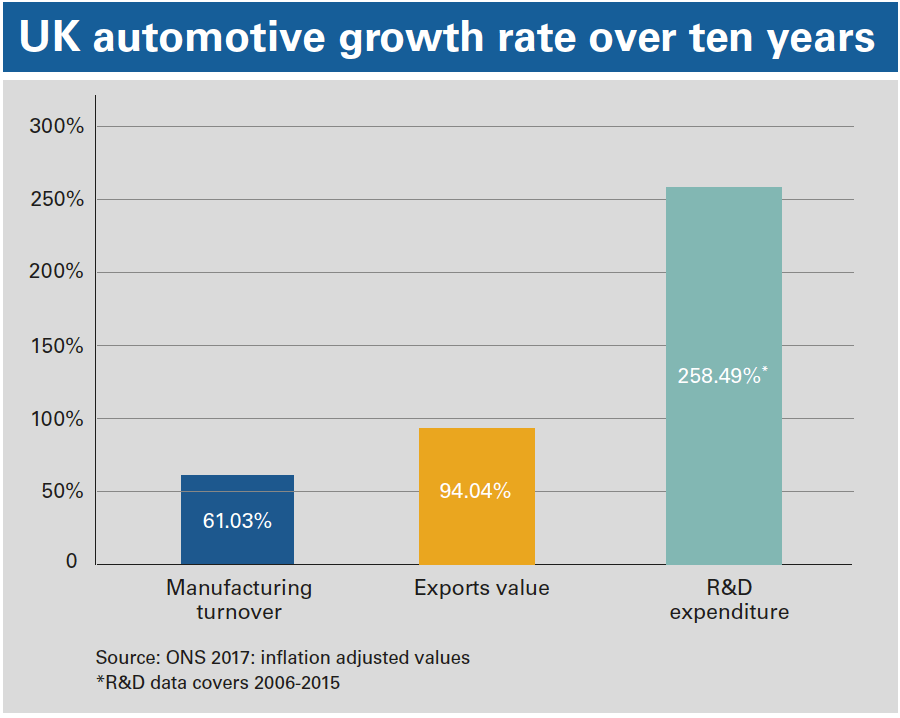 The basis of investment incentives in Hungary has shifted from number of jobs created to level of technology involved. Is that a similar model to what Britain’s Department for International Trade may be considering?Absolutely. Our focus also has shifted from essentially bringing large numbers in to bringing high-quality investment in – incentives on patents, global entrepreneurs, people with ideas, people with innovation. So there’s a greater focus now on what bright ideas are [companies] bringing to the UK? Are there particular areas that people can focus on in automotive that, for example, tie in with some of our areas that we’re looking at for the future? Low carbon, autonomous vehicles, the use of lightweight and clean material; those are the areas that we’re keen to focus on. It’s a huge strength for us. We are renowned for innovation and excellence and we want to continue that.

Britain is not going to become an offshore mass production centre – an offshore Shenzhen or a Guangdong province [China]. That’s not in our DNA, that’s not the offering that we give to people. We give an environment that’s a good business environment to work in and one which encourages innovation and excellence. That’s our USP, that’s our DNA and that’s not going to change. In fact, I think it would be madness to change the things that our success is based upon, for a completely different model.

You’re leading a programme that connects automotive investment across different countries in the CEE region. What’s the main drive from the UK perspective?JLR has started manufacturing in Nitra [Slovakia] and production of the Land Rover Discovery will be shifting to Nitra completely. So that’s a major investment in manufacturing. But a lot of the areas that we’re focusing on are the new areas. We’re looking at things like electro-mobility and the retrofitting of buses, for example; huge numbers of cities and towns across the region need to retrofit buses. 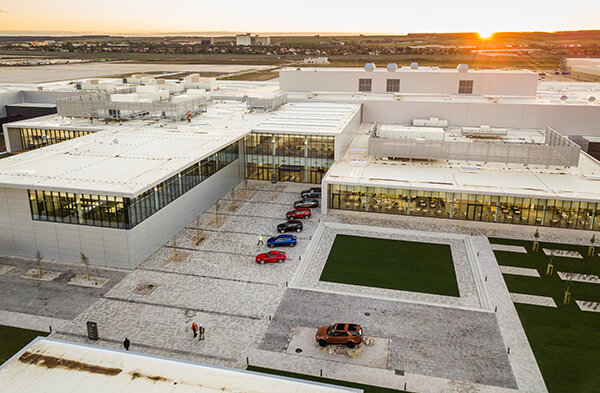 So a lot of the focus of our effort is actually on new technologies; essentially, the automotive sector of the next decade, not the last decade. We have to look to the future. We’ve got some exciting projects in the pipeline, both for Hungary and around the region. And the reality is, this is high-growth Europe. We’re looking at compound growth of 40% in this region by the year 2030. Western Europe cannot compete with that. Having spent in total 12 years in Asia, four years in the Middle East, to me the future looks very eastern.

Britain has benefited massively from investment from – in order – Japan, Korea, India and China. And it is absolutely right that the countries of this region should not only look west. As the minister [of foreign affairs and trade] said, Hungary will become the first country where you will have the trifecta of the three major German automotive manufacturers. But Hungary should also be looking, like countries of this region, to the east as well.

It’s a competitive world. We have to stay competitive. And as a confirmed Asiaphile, I’m delighted to see the government here in Budapest taking Asian investment and the fight for investment seriously. What I really like about this region is the ambition and the hunger for success. I get that, as a Brit, because innovation and being ambitious is part of our DNA. And in Asia as well [there is] that real thirst, that hunger for success. Being here and seeing that same approach to attracting investment, being competitive – I really admire that.

And so, looking ahead, we will be competing for bright ideas. But we do firmly believe we can work in partnership, whether it be JLR coming in here, Horiba Mira, companies in the supply chain, companies in the logistics chain, I think this is a good area for the future and I think Britain is a great partner for the countries of Central and Eastern Europe.

“We do not believe that our departure from the European Union should impact on the free movement of goods and services between the UK and the EU, for the simple reason that we depend upon each other” - Iain Lindsay, British ambassador to Hungary