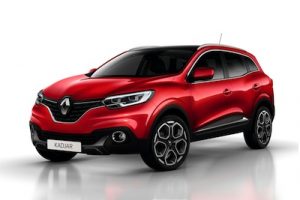 Renault has begun exporting its Kadjar model through the port of Valencia, on Spain's Mediterranean coast, for the first time. Manufacture of the Kadjar takes place at Renault's Venta de Baños plant at Palencia, in north central Spain, with consignments shipped to the coast by rail via Madrid.

The first shipment, which was undertaken by Transfesa, consisted of 20 car carriers loaded with 200 units. Once at Valencia, the Kadjars were exported to a number of destinations around the Mediterranean.

Valencia continues to report burgeoning finished vehicles traffic. In 2014, for example, the port handled 2,195 Renault units for the entire year, while for the first six months of the current year this had increased to 2,953 units, equivalent to growth of 58%. The vast bulk of Renault vehicles built in Spain do, nevertheless, logically still move through ports on the northern coast, such as Santander and Vigo.

Also at Valencia and Sagunto, which is managed by the same port authority, first half traffic was up 29.95% compared to the same period in 2014, with a total of  348,041 units passing through both ports.

Separately, national rail carrier Renfe Mercancías has put into regular daily service a 600-metre long car carrier train between Renault's Palencia factory and the port of Santander. Block trains now consist of 20 rather than 18 wagons, which can carry an additional 20 units, up 15% in terms of capacity than previously.

The improved service was developed as part of the sales push put behind the Kadjar by Renault, according to Renfe. In October, Renfe hopes to launch a second daily train of the same length.