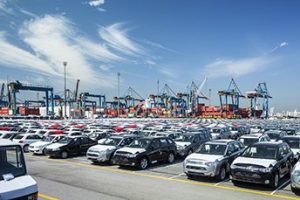 Exports of finished vehicles from Brazil were up almost 25% in July as vehicle makers tried to offset the continued slump in domestic demand.

Vehicle exports during the month were worth $940m, up 24.6% over July last year, according to figures from the National Association of Automotive Vehicle Manufacturers (Anfavea).

Production and sales of vehicles in Brazil were better in July than in June but still down on the same month last year. “Although this has been the best month of the year, we still can’t say that this is the beginning of a recovery,” commented Anfavea president, Antônio Megale.

Despite the boost in July, Brazilian exports of finished vehicles this year only reached $5.79 billion by the end of the month, down 8.1% compared to the same period in 2015, a reflection of the weakness of the Brazilian real versus the dollar and other currencies. In volume terms the gain was significant, rising 20% year-on-year to 272,205 cars, light commercial vehicles, buses and trucks, and 5,146 agricultural and highway equipment units (down 16.2%).

Megale said the improvement in exports was “good” with particularly pleasing results in terms of trade with Argentina. He stressed, however, that there was room for growth now that commercial agreements had been signed with both Colombia and Peru (though these have yet to come into full effect).

Trade with the Arab world was also on the increase, he noted. Consignments there were worth $11.6m in July, up 86% compared to the same month last year, leaving the total so far this year to that region at $108m, up 70.6%, excluding sales of agricultural and highway equipment.

Anfavea is now forecasting an increase in exports during 2016 of 21.5% in all.

In terms of production, Brazilian plants built 189,900 finished vehicles during July, down 15.3% over the same month last year. In the first seven months, production came to 1.2m units, down 20.4%. Anfavea now predicts a 16.4% slump for the year as a whole.