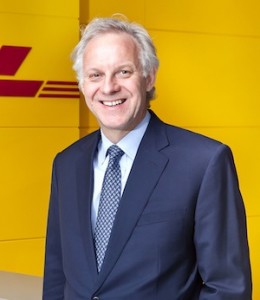 Roger Crook has suddenly resigned from his role as CEO of DHL Global Forwarding, Freight. Crook, who was also a member of Deutsche Post DHL’s management board, is said to have stepped down with immediate effect from both roles for “personal reasons”.

DHL confirmed the resignation with Automotive Logistics this week. While it looks for a replacement, Frank Appel, CEO of DHL will take on responsibility as board member for Global Forwarding, Freight. Meanwhile, Renato Chiavi will take on the operational management of the DHL Global Forwarding business. Amadou Diallo will remain in the role as CEO Freight, responsible for the group’s road and rail transport services.

Previous to that role he was CEO of DHL Express for the Asia Pacific, Eastern Europe, Middle East and Africa regions. He also worked in the DHL Express division as CEO of the Americas.